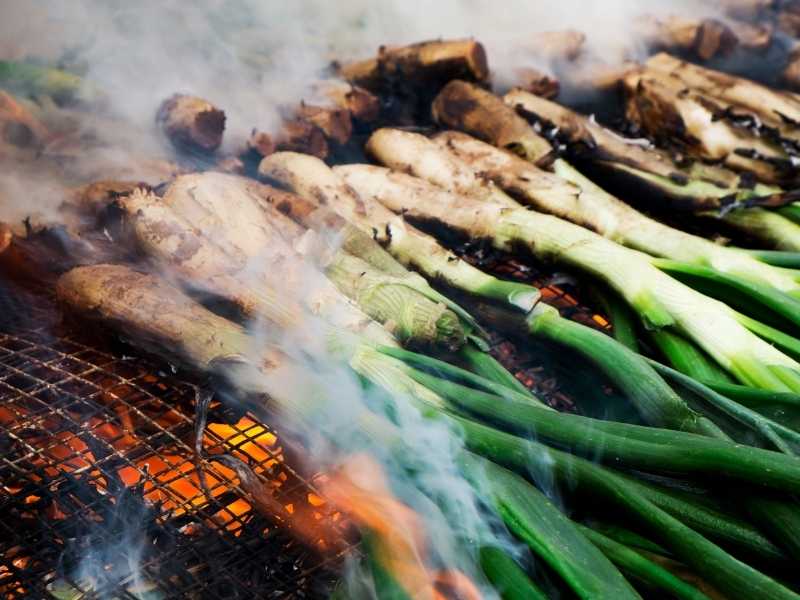 Everything you need to know about calçots and about going to a Calcotada. Hint, you’re celebrating a type of green onion found only in Catalonia, Spain!

First things first, what is a calçot?

Calcotada is a type of green onion found only in the Catalonia region of Spain.

And what is a Calçotada?

It’s a gastronomical event in Catalonia that equals both waves of laughter and… bad breath! But what else would you expect from an event that is all about eating and celebrating calçots? 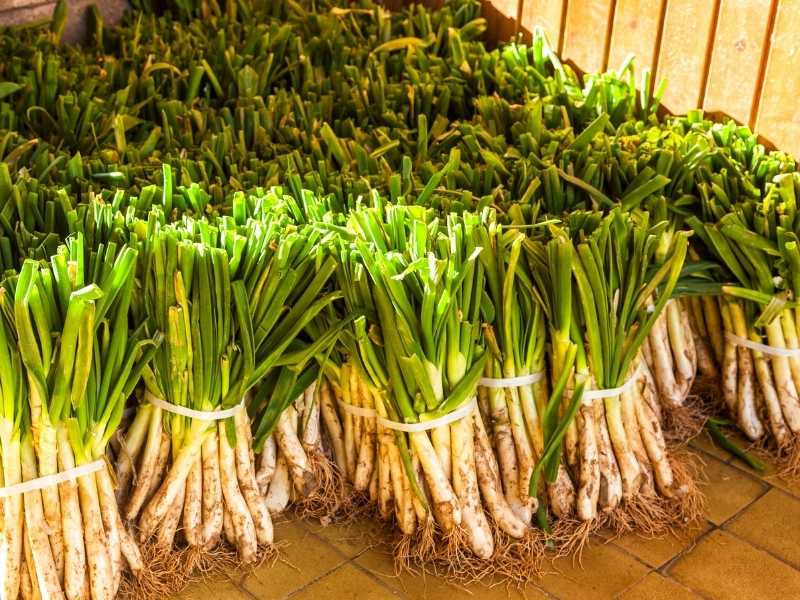 The Calçotada starts with getting the calçots ready, then stringing them on a metal wire. It makes them easier to turn, explained our calçot chef for the day, Lee Pennington. But first, it was time to have some fun.

Dali had his fun with eggs. While my adventures are usually more adventurous like hiking in the Pyrenees, or accomplishing a via ferrata with cool views or doing a coastal hike in Costa Brava, or hiking in Spain.

I do enjoy food, especially Spanish food. I even know how to make a Spanish Omelette – Catalan style.

Still, I had to have my fun with calçots, wearing them as a necklace. But enough playing around, I’m hungry!

Time to grill the calçots – 5 minutes per side.  Not to worry if they’re black. You’ll peel off the outer layer anyway.

Guess how many I could eat?

6. yes, a grand total of 6. But the average is 10. So not bad considering that it was my first time.

I enjoyed the calçots, but they weren’t something I could gorge myself on. Although they were milder tasting than I had anticipated! 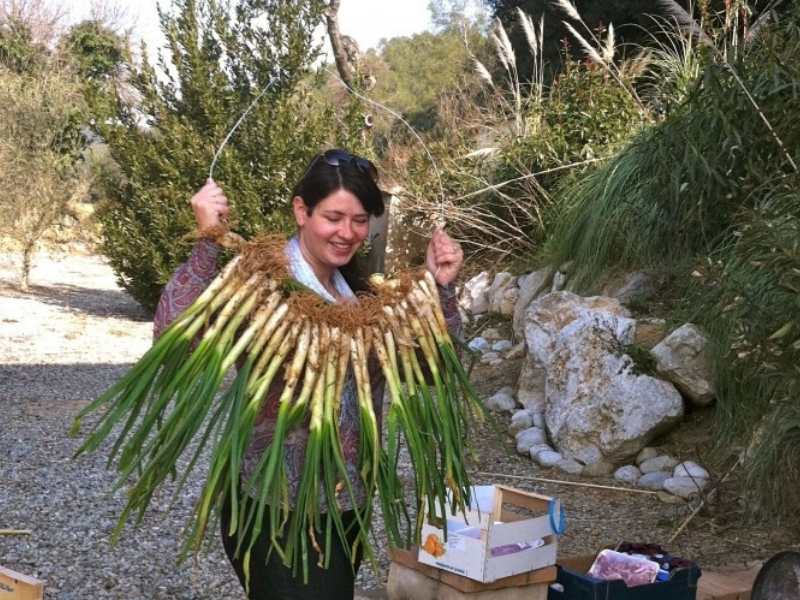 In many ways, a Calçotada reminded me of a North American-style BBQ. It’s a casual get-together at someone’s house. All the guests bring something, hang out, eat grilled food and enjoy the good weather.

The main difference is that an invitation to a Calçotada can be hard to score.  Several days after the Calçotada I mentioned in passing to someone from Madrid that I had been to a Calçotada.  “You’re so lucky!  I’ve been living in Catalonia for 5 years and still haven’t been to one.”

I decided now was not the time to tell her that the Calçotada hadn’t been held at just any old house, but had been held at Can Grau, a luxurious villa in rural Catalonia with stunning old-world charm.

Also, unlike a BBQ, instead of pounding back beer, guests take their turn at pouring wine down their gullets.  I made a feeble attempt by holding the vessel close to my mouth. But still managed to dribble red wine all over my face and down my shirt.

Richard and his Catalonian wife Sara from Charming Villas kindly hosted our Calçotada. He showed us how it’s really done:

It appears that I had a lot to learn about being a Catalan.

But my calendar is always open for any Calçotada invites that come my way.  I’m more than happy to practice.  I won’t eat too many calçots.  I’m a cheap drunk. And perhaps most importantly, I’ll bring chewing gum for all your guests!