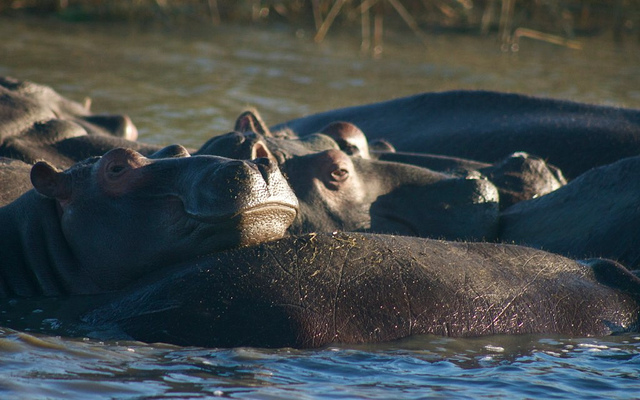 I did my first hippo tour at iSimangaliso Wetland Park and loved every minute of it.

From some angles, you might think their smiling at you …  I mean look at the picture above! But I wouldn’t get too close without a guide if I were you. Although hippos are herbivores (plant eaters), they are considered to be one of the most dangerous animals in all of Africa.

Only elephants and some white rhino’s are larger than hippos. Talk about pulling your weight around.

Heritage Tours and Safaris takes you up and close to hippos (safely on an open-air covered boat) in the largest estuary in Africa.

Observing hippos in their natural habitat is one of the most incredible wildlife viewing experiences I’ve ever had! 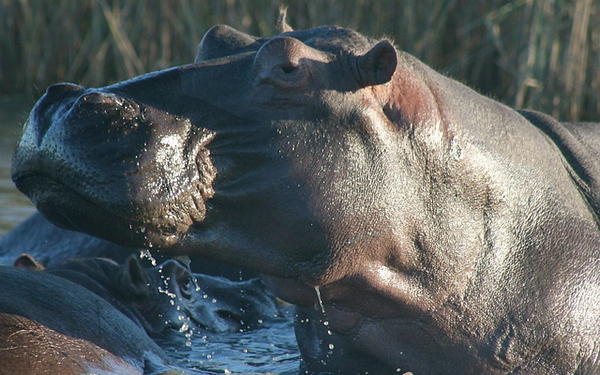 On our two-hour hippo tour up the estuary, I learned that hippos can’t swim or even float for that matter. They simply walk or gallop along the bottom like an aquatic ballerina, their toes just skimming the bottom. hippos are able to float or sink in water by controlling their breathing. If this wasn’t cool enough they also have the ability to hold their breath for minutes at a time.

They may seem whimsical animals but a hippo has one of the strongest bites in the Animal Kingdom. Hippos are also the only mammal that can open its mouth more than 150˚ – as this guy demonstrates: 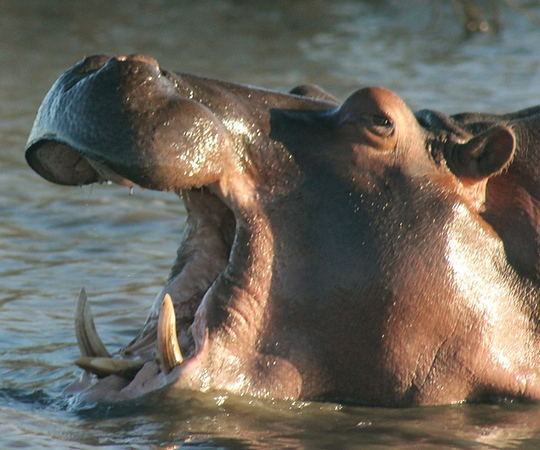 Is he yawning because:

It could be any of the above.  Hippos yawn for all three reasons. So which do you think it is for this guy?

Related Reading: The Best Places to Visit in South Africa For Wildlife

Before going on this impressive hippo tour, I  had no idea how noisy they were with all their grunts. Hippos are actually super talkative and have 2 distinct sounds, one sound above water and another sound underwater. Mostly they just sound like different pitched grunts to me.

But I guess when you’re resting your head on another hippos hips, it’s a good thing to be communicative!  Clearly, hippos don’t have personal space issues – unless you decided to join them of course, then that’s a different story! 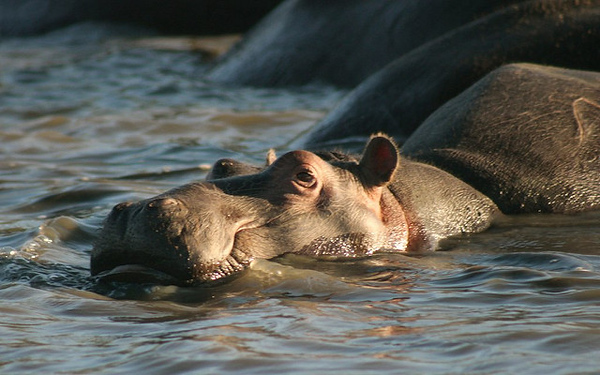 South Africa has great climate throughout the year. The best time to visit the iSimangalsio Wetland Park is between May and September when you can expect cooler weather. But don’t be phased by the fact that these are South Africas colder months.

The temperatures at the iSimangaliso Wetland Park rarely drop below 20 degrees Celcius and that’s in the middle of the night. Rainfall is also rare in these months so there isn’t much stopping you from getting out there and having the best experience on the hippo tours!

Where to stay in iSimangaliso Wetland Park

I highly recommend staying at Umlilo Lodge where I stayed. It’s the most serene guest house that I’ve ever stayed in. The Lodge even offers traditional dinners for people that want a real African experience.

Increase your chance of spotting Samango monkeys, other wildlife, and even a leopard if you’re really lucky by booking a tour with Heritage Tours and Safaris.

I also visited Hluhluwe-Umfolozi Game Park with Heritage Tours and Safari and saw WAY more wildlife than I would have on my own.

Best Way to Get Around

While I highly recommend doing the safari tours with knowledgeable guides, I also recommend renting a car since it makes it much easier to get to St. Lucia and in general for getting around South Africa.

My hippo tour in iSimangaliso Wetland Park was one of the highlights of my trip to South Africa! 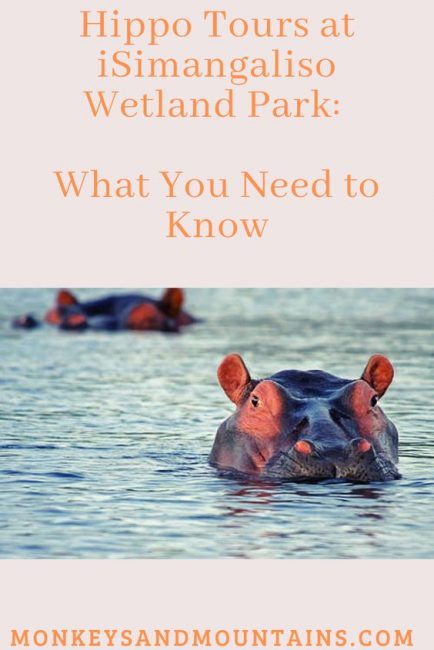 Thank you to Heritage Tours and Safaris for my introduction to wild hippos – such a wonderful experience.  As always all opinions expressed are my own.

18 thoughts on “Hippo Tours at iSimangaliso Wetland Park: What You Need to Know”