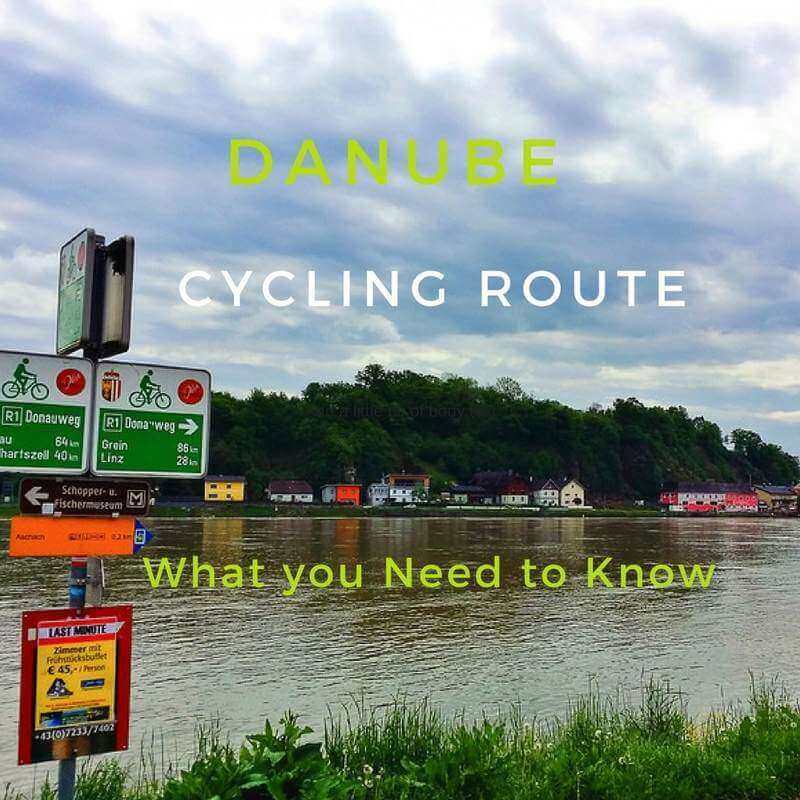 The Danube Cycle Path is the most popular holiday cycling route in all of Europe! It attracts families, seniors, recreational cyclists, and serious cyclists alike!

Europe’s second longest river starts in Donaueschingen. It’s a town located in the Black Forest in Germany and runs 2900km through 10 countries to the Black Sea! I love hearing stories from those who did the Danube river cycling route.

I cycled the most popular section – 340 km from Passau, Germany to Vienna, Austria with two friends. Prior to that, my longest cycling trip had been a whopping 38 km!

Here’s what you need to know to get the most of cycling the Danube River from Passau to Vienna: 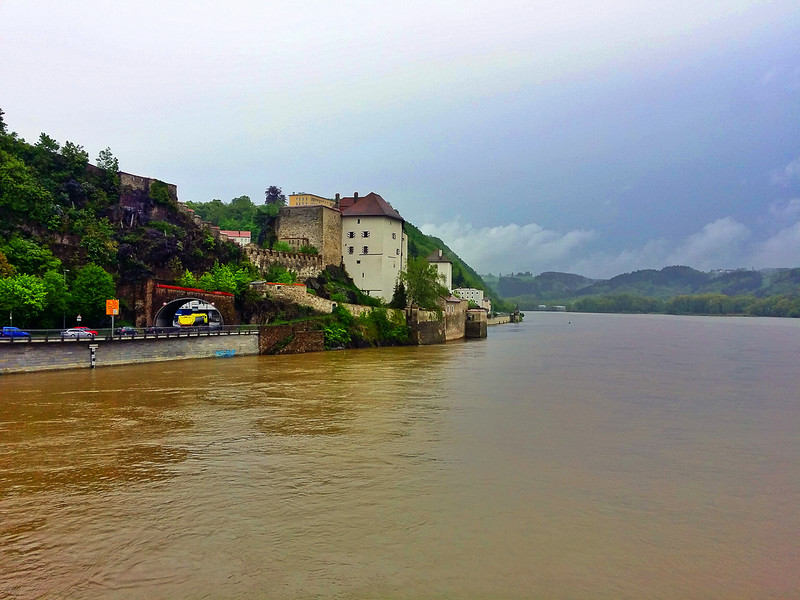 Choosing Which Direction to Cycle the Danube River:

OK, this cycle route is an easy one. Most cyclists, myself included, cycle it from west to east – from Passau to Vienna. It slopes slightly downhill and normally the wind is on your back making for an easier ride! Plus, Vienna makes for a rather impressive finish.

The beautiful landscape kept me wanting to see more! You can easily spend a few days exploring there – which I highly recommend if you have the time! I saw fellow cyclists in awe of this beautiful town as they went around. 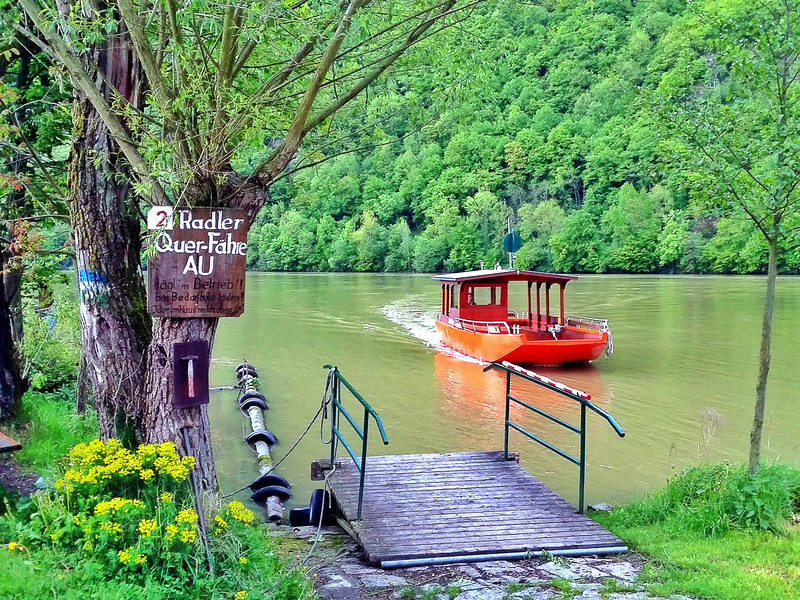 Choosing When to Cycle the Danube River:

If you choose a self-guided cycling tour, it’s available from near the end of March through to October 15th. From my perspective, weather in March can be unpredictable, so I personally wouldn’t do it until mid-April. I did it the beginning of May, and the weather was relatively good.

We had a couple of rainy days, but temperature-wise it was perfect – warm, but not too hot. Ideally, you would want to cycle before the end of June, or alternatively, in September or October. Passau to Vienna is the most popular section of the Danube Cycle Path. It sees up to 600,000 cyclists a year with the majority of those in July and August. If you do choose to cycle it in July and August, make your hotel/B & B reservations early (or let us do it for you ), as places fill up quickly. One hotel that we stayed at in May was 80% booked for June already and fully booked for July and August.

Who Will Enjoy Cycling the Danube?

If you choose a self-guided cycling tour, it’s available from near the end of March through to October 15th. From my perspective, the weather in March can be unpredictable, so I personally wouldn’t do it until mid-April. I did it at the beginning of May, and the weather was relatively good.

We had a couple of rainy days, but temperature-wise it was perfect – warm, but not too hot. Ideally, you would want to cycle before the end of June, or alternatively, in September or October. Passau to Vienna is the most popular section of the Danube Cycle Path. 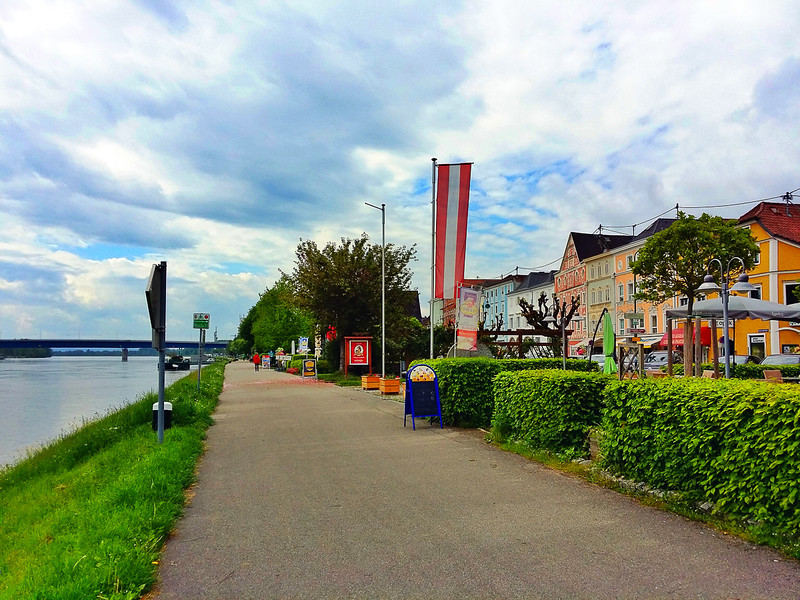 Where to Stop Along the Danube?

This is a personal choice of course and will vary according to your interests, but a few of the highlights include:

Recommended Reading: Best Bikepacking Panniers of 2021: What you Need to Know

How Long Will It Take to Bike from Passau to Vienna?

It’s ~340 km long. We did it in 3 1/2 days. Our self-guided tours let you choose between 3 or 6 days of actual cycling (plus additional days to get there). A few factors to consider when planning your route:

Which Side of the River Should You Cycle On?

In most sections it’s possible to cycle on both sides, so you can choose a) the shortest route, b)the most scenic, c) the one with the best cycle path, d)the one that follows the river most closely, e) the one where the sites you want to visit are, f) the same side where your hotel is located.

Fortunately, there are bridges and river crossings and we crossed the Danube almost every day. It does help if you plan your route in advance a bit so that you can choose what’s important to you. It’s also worth noting that some of the river crossings by boat are closed in the evening. Closing times vary depending on the time of year and the crossing, so it’s important to arrive at these before closing time. If in doubt, cross earlier.

In general, we choose to stick to the river as much as possible, but on sections that followed the highway (still a separate bike path), we choose to cross over to a more tranquil setting. We also choose to cycle on the right side of the river (heading from Passau to Vienna) through the Wachau Valley to explore vineyards, and Dürnstein, a charming town brimming with wineries. We also made sure that we were on the right side of the river to visit Melk Abbey. The city of Melk itself is also charming and a great place to stop for lunch or a coffee.

Should You Book Accommodation in Advance?

In my opinion, yes! After cycling all day, the last thing I want to do is to try to find a hotel. We didn’t book in advance. For the most part, we were able to find hotels, but it was a pain stopping at each one, asking if there was availability, and then seeing if the price was within our budget. In one instance we had to call 7 different hotels/B&Bs before we found one that had an available room.

It was several kilometers off the cycle path, and I don’t think it would have worked out had we not spoken German. In high season, it would be an absolute nightmare trying to find accommodation directly on the Danube Bike Path. That’s why I highly recommend booking in advance. Having guaranteed accommodation in a convenient location is one of the benefits of booking our self-guided cycling tour of the Danube.

How to Get to Passau from Munich:

The easiest and cheapest way is to take a regional train from Munich. The trip lasts ~2:15 with 0-1 train change, depending on the train. Trains leave every hour from the Munich Hauptbahnhof (main train station). Note: regional train tickets are only valid after 9:00 am, so be sure your train leaves at 9:00 or later.

If it leaves at 8:59 am or earlier, the regional ticket is not valid, and you require a different (usually more expensive ticket). Tickets can be purchased the day of travel at the train station at either the ticket machines, or you can purchase it from the Deutsche Bahn counter. Your bike also requires a ticket for the trip. 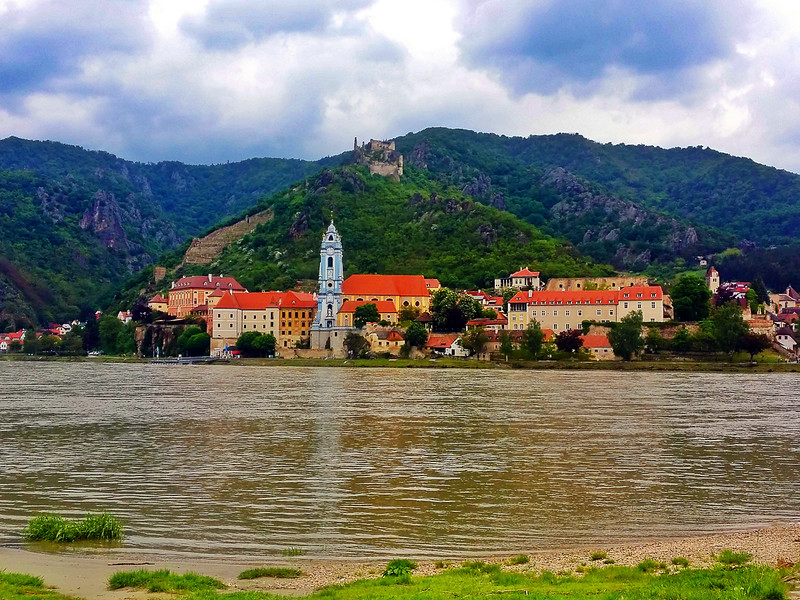 What Regional Specialities to Eat and Drink:

German and Austrian cuisine is anything but light, but fortunately, you’ll be working off all the calories with all the cycling you’re doing. Specialties include Weiner Schnitzel, Stecklerfish (smoked trout impaled on a stick), Kaiserscharrn, a shredded pancake sprinkled with icing sugar and served with apple sauce.

This was a favorite of Austrian royalty and should be tried at least once for dessert, but it is huge, so perfect if you’re really hungry, or to share.

You’ll also want to try the Grüner Veltliner and Reisling wines from the UNESCO Wachau region.

Have Your Luggage Transferred or Carry It Yourself?

If you’re just cycling the Danube, I found it easy enough to carry my own gear in two Ortleib rear panniers. However, if biking the Danube, is just part of your vacation and you have other clothes and luggage with you, it’s worth having it. We include it in both our 4-day and 8-day tours. For a complete list of what to bring, check out my Danube Cycling Packing List. 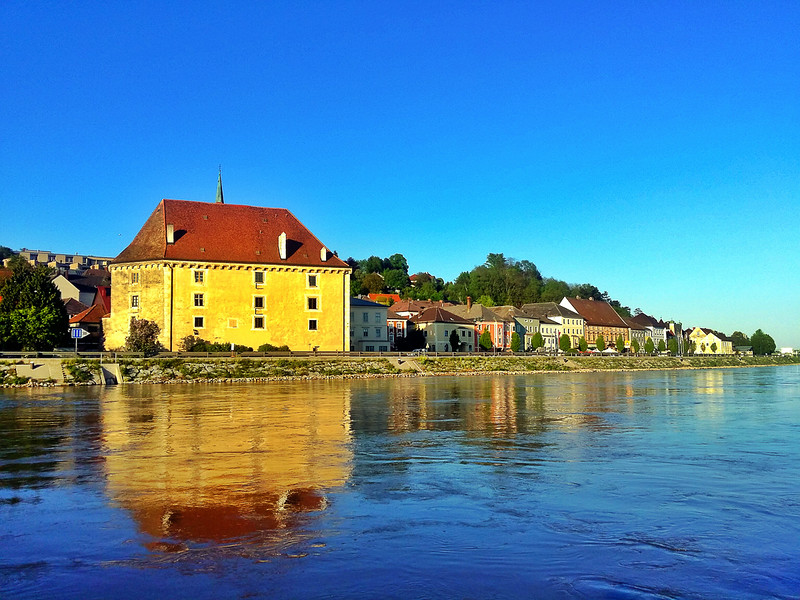 If you are doing the trip by yourself, you will definitely want to purchase the book, Danube Bike Trail 2, which will help you plan your route and choose which side of the river to cycle on and where to stop Alternatively, let us do it all the heavy lifting for you and help you get the most from your cycling trip along the Danube. You can find all the details here.