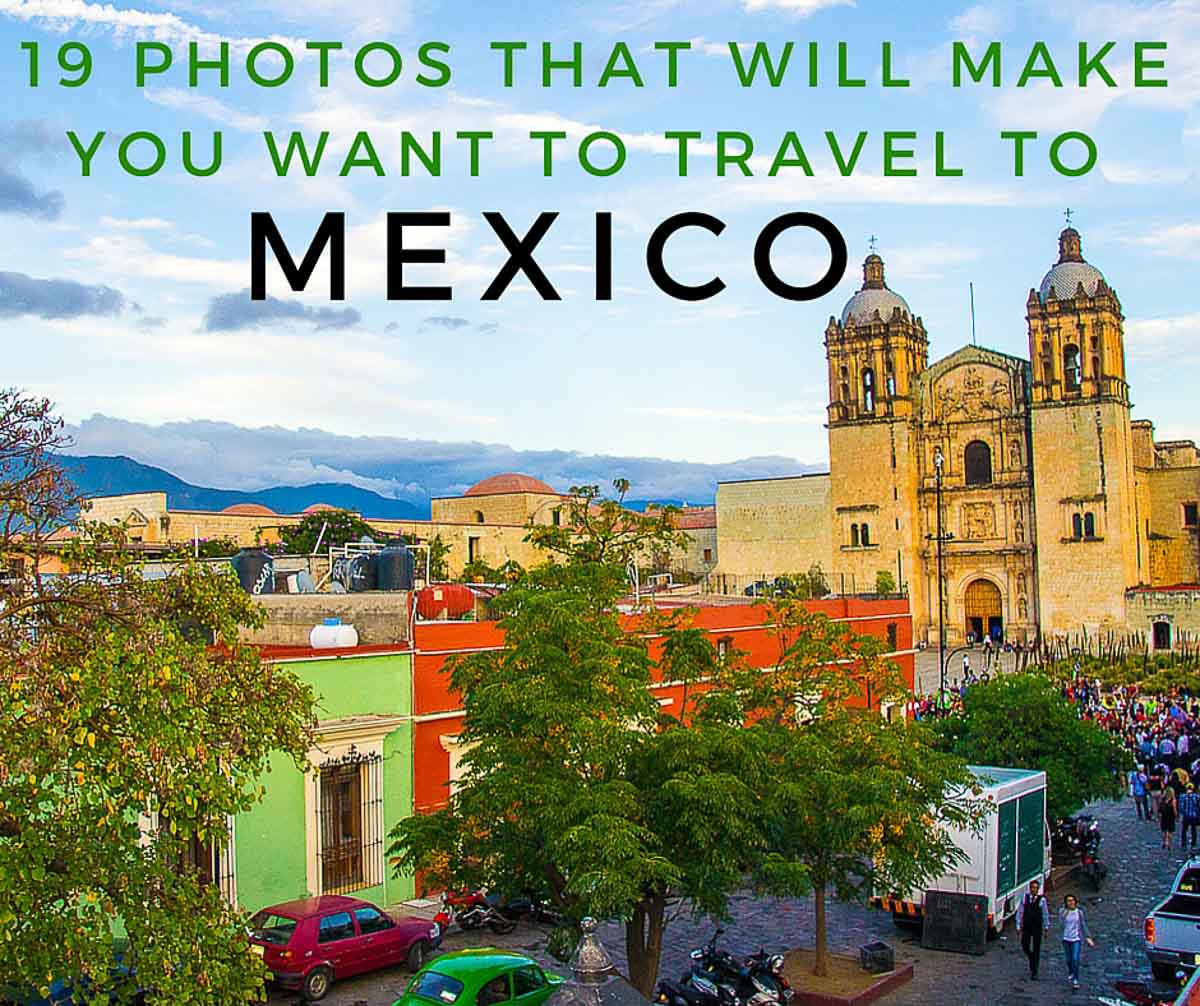 There are so many reasons to travel to Mexico. It is a destination that I keep traveling back to.

Mexico is often seen as a cold-weather getaway by many Canadians and Americans. While it is an easy place to travel to for first-time travellers, it offers  SOOO much more than that! Here’s what you can experience when you travel to Mexico:

In addition to its famed coastline,  of which there is an incredible 9330km of it, Mexico is also home to 67 national parks.

It ranks 15th in the world for countries with the most bird species – 1026 to be exact! Even more incredible is that it has the 4th highest number of mammal species in the world with 523! If this isn’t enough to make you want to travel to Mexico, there’s more.

That’s pretty amazing. Especially when you consider that its the 11th most populous country in the world with 121 million!

For me personally, it’s the nature that really draws me in. Especially the three species of monkeys found in Mexico. Black howler monkeys will always have a special place in my heart. I spent four weeks studying them in a rainforest in Belize.

But besides nature, Mexico is an ideal destination to travel to for culture lovers.

Mexico’s fascinating history dates back thousands of years. You can still visit some of the sacrificial sites of the Aztecs. They were known to sacrifice 1% of their population every year! That accounted for 250,000 people – each year!

Talk about pressure to not be one of the chosen ones! Fortunately, sacrificial offerings are no longer practiced. You can visit without worrying about losing your head. Unless of course, you enjoy the tequila a bit too much, but that’s another story!

And then there’s Mexican cuisine.

Mexico frequently appears in the top 10 lists of best food countries. It’s inscribed on the Representative List of the Intangible Cultural Heritage of Humanity by UNESCO. And for very good reason.

Then, there are the regional specialties. One of my favorites is mole sauce. It’s a sauce made with chilli peppers and chocolate! It’s something to be tried at least once in your life. Although if you’re anything like me, you’ll keep coming back to it!

Finally, the locals. Mexicans are some of the friendliest people I’ve ever met anywhere, right up there with Guatemalans.

Should you find yourself at a street vendor, and I highly recommend that you do, it’s not uncommon to strike up a conversation with whoever else is waiting for their food.

Similarly, you can also chat with whoever you are sitting next to as you both chow down. This is normal in Mexico. It’s one of the things I love about traveling in Mexico. And something I cherish since, in Germany, where I live, this isn’t the norm!

I could go on forever, telling you why you should travel to Mexico, but instead, let me show you:

Visit Mexico for Nature and Wildlife: 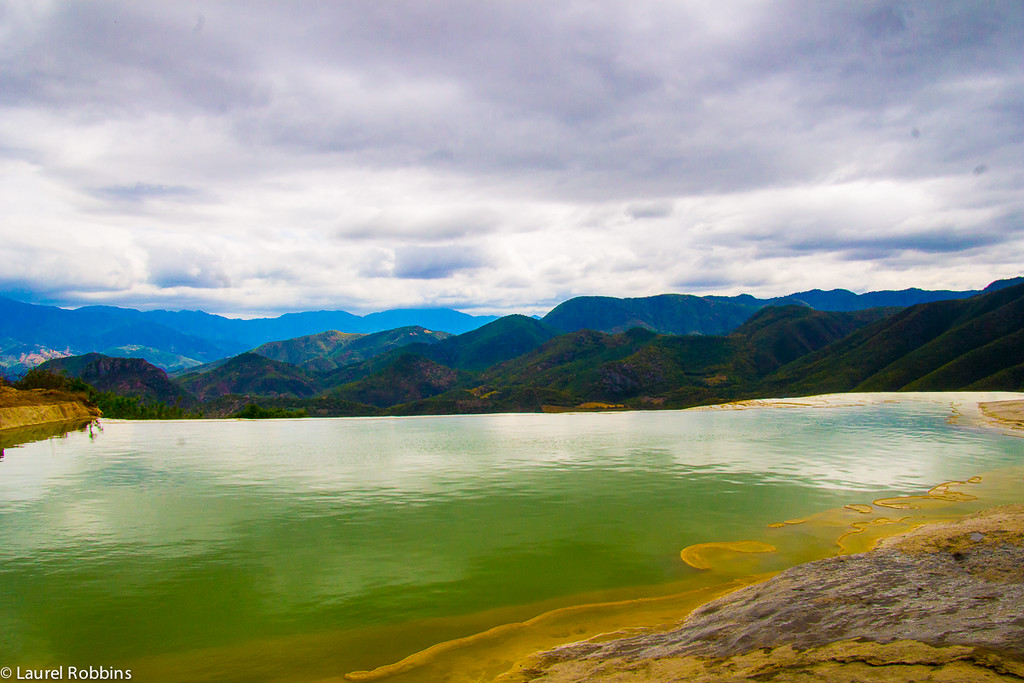 Listen to howler monkeys. They’re the loudest mammal in the world and can be heard from up to 5 km away. It’s a must when you’re in Mexico. Photo: Stevehdc via Wikipedia Commons. 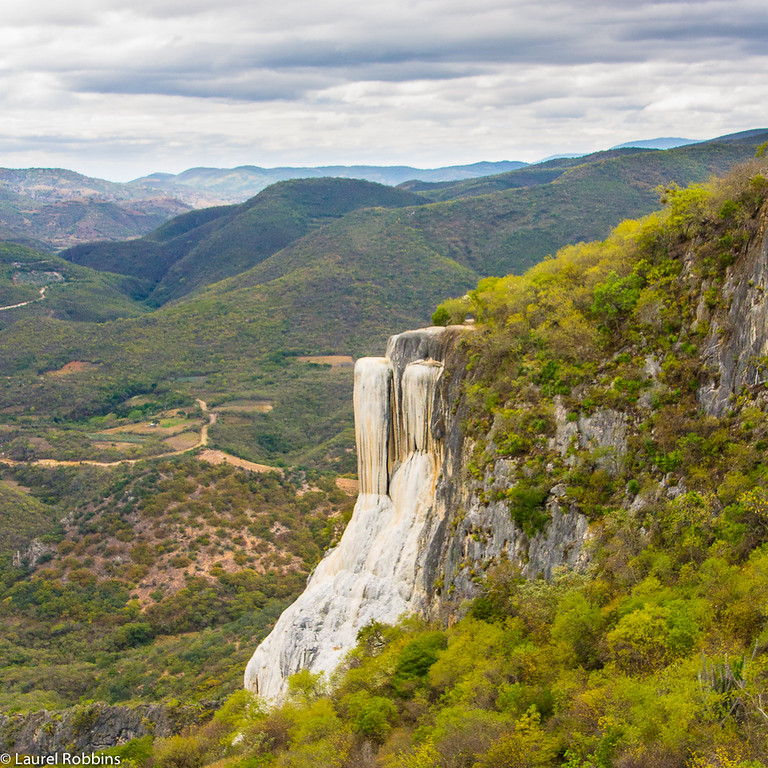 Hierve el Aqua is a petrified waterfall. It’s one of the coolest natural wonders I’ve ever seen! It’s located near Oaxaca.

You can go snorkeling with hundreds of whale sharks in Holbox, in northwest Cancun. 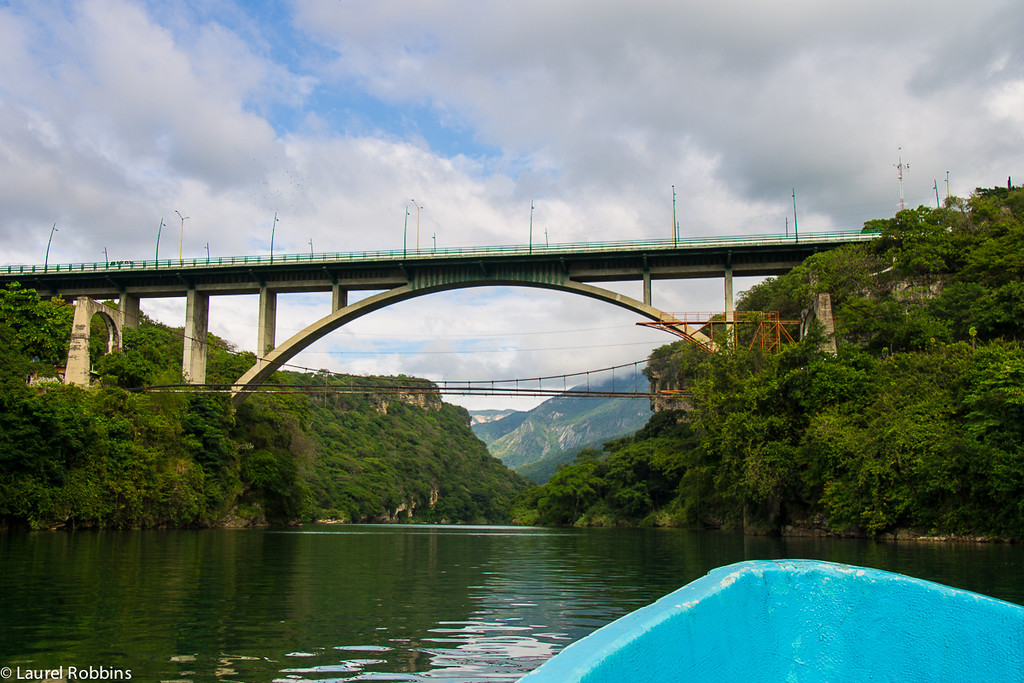 Take a boat ride through Sumidero Canyon in Sumidero Canyon National Park. It’s a haven for birds and other wildlife. I, of course, was looking for the spider monkeys. Fortunately, I saw a small troop eating breakfast. 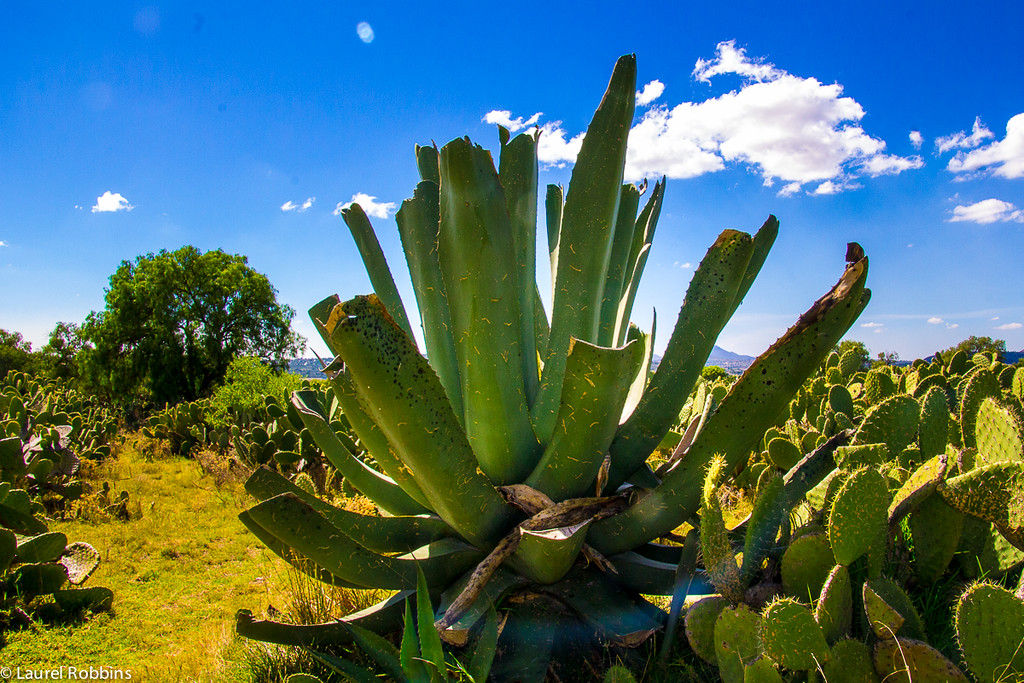 Agave plants serve as the base for Mexico’s most popular drink – tequila! Naturally, you must try it in the name of culture :). 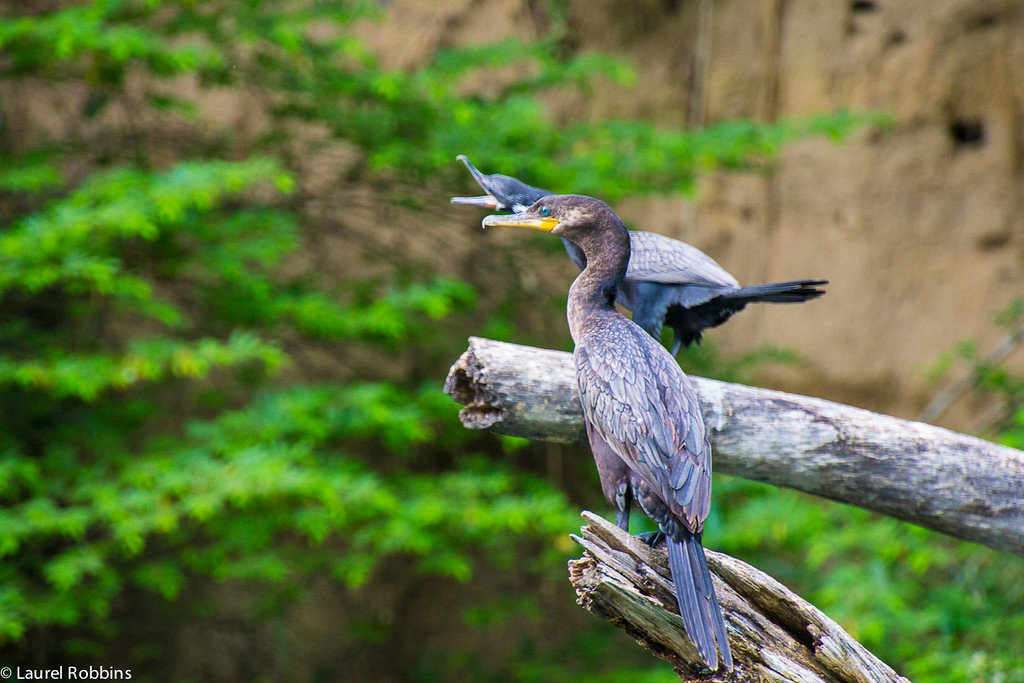 Mexico is home to an incredible 1026 species of birds!

Travel to Mexico for the Culture: 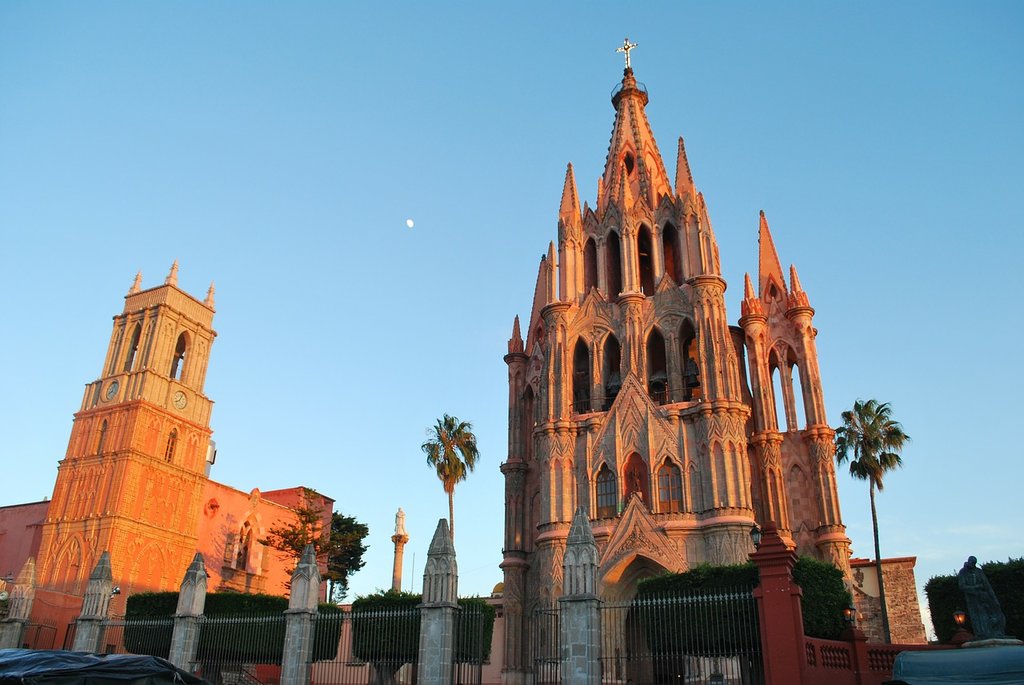 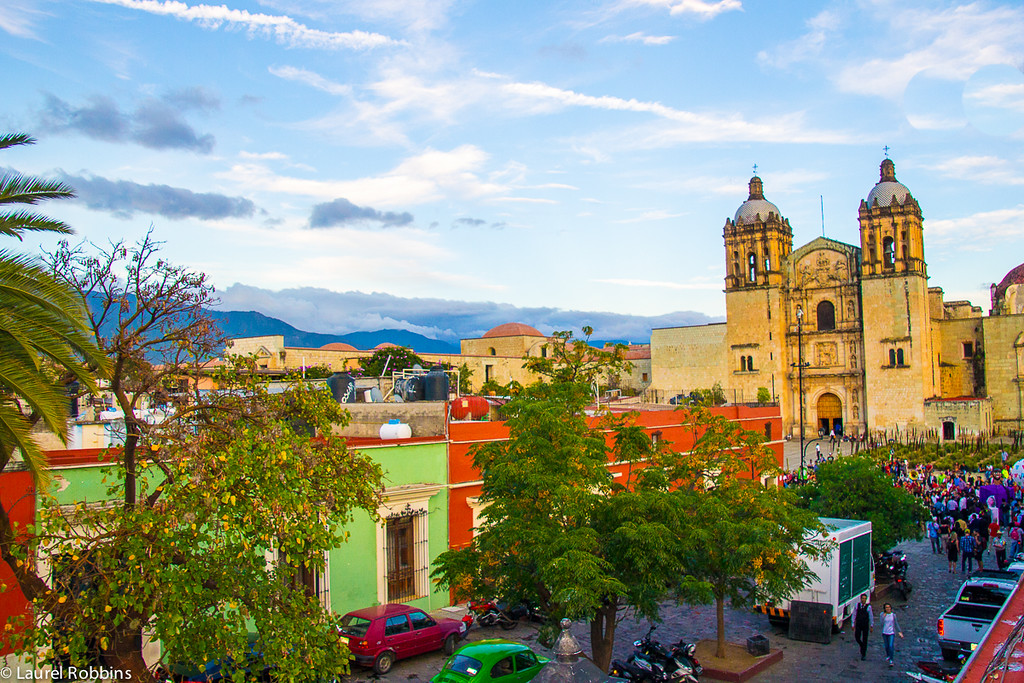 Oaxaca is a beautiful city that you can easily explore on foot. 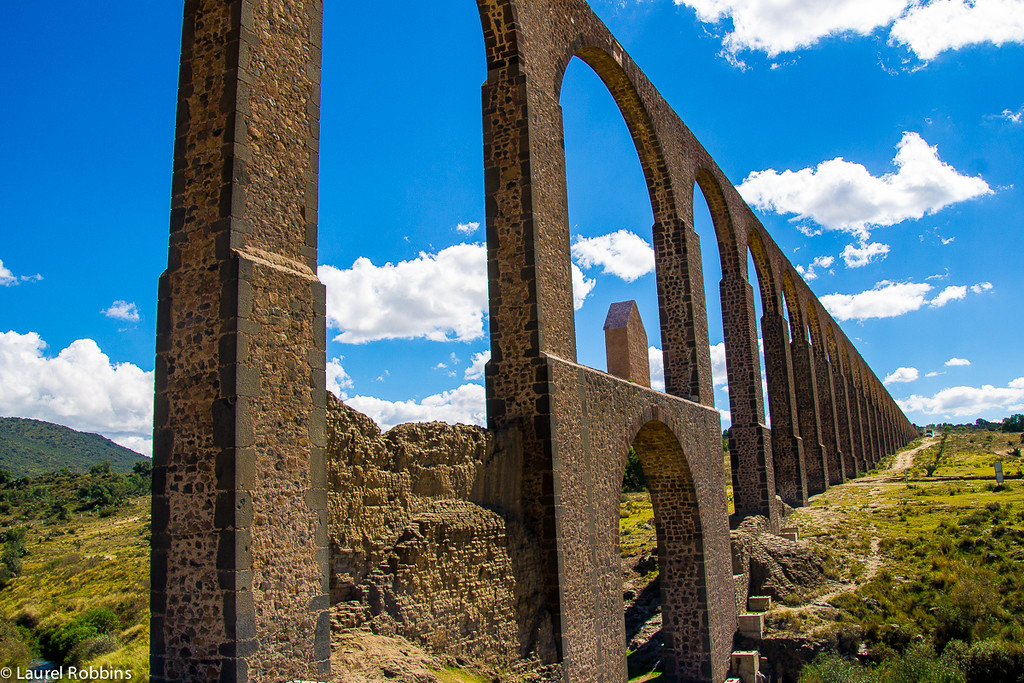 The Chapultepec aqueduct near Mexico City was built by the Aztecs! 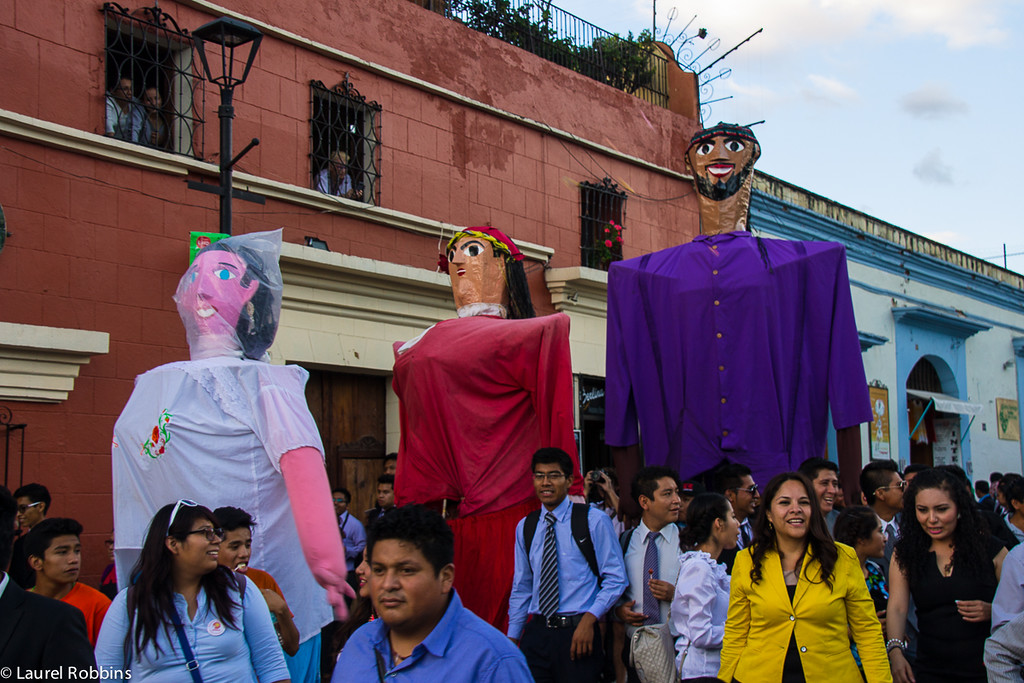 Mexico is famous for its festivals. I ran into this one in Oaxaca by chance. The energy was contagious! 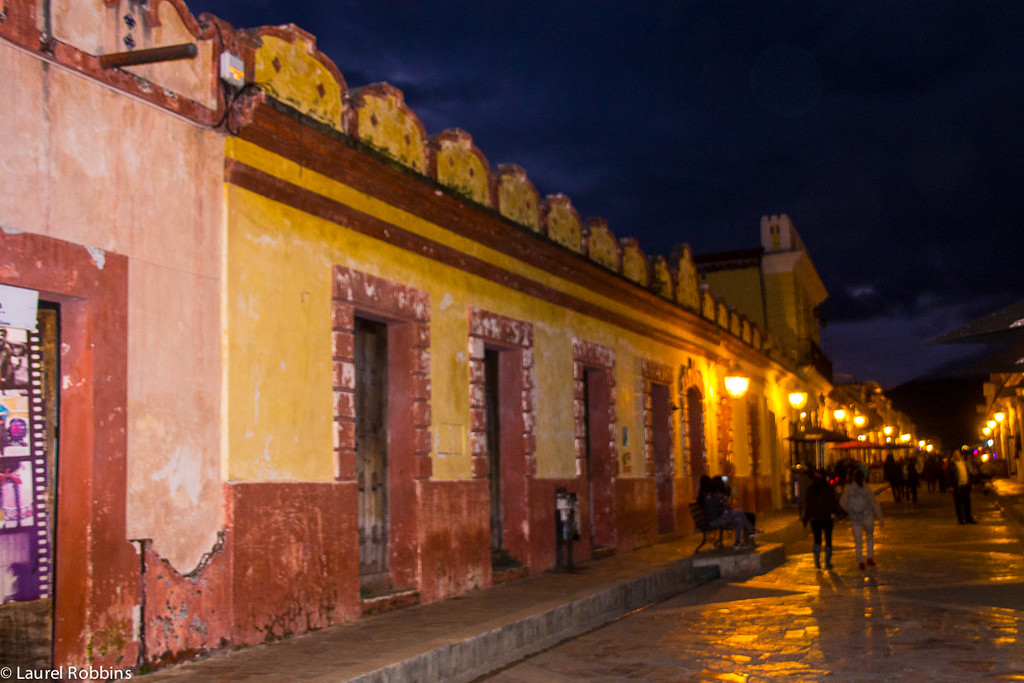 San Cristobal has incredible Spanish colonial architecture and cobblestone streets. You’ll love exploring on foot. If you love historical places then Mexico is a great place to travel to. 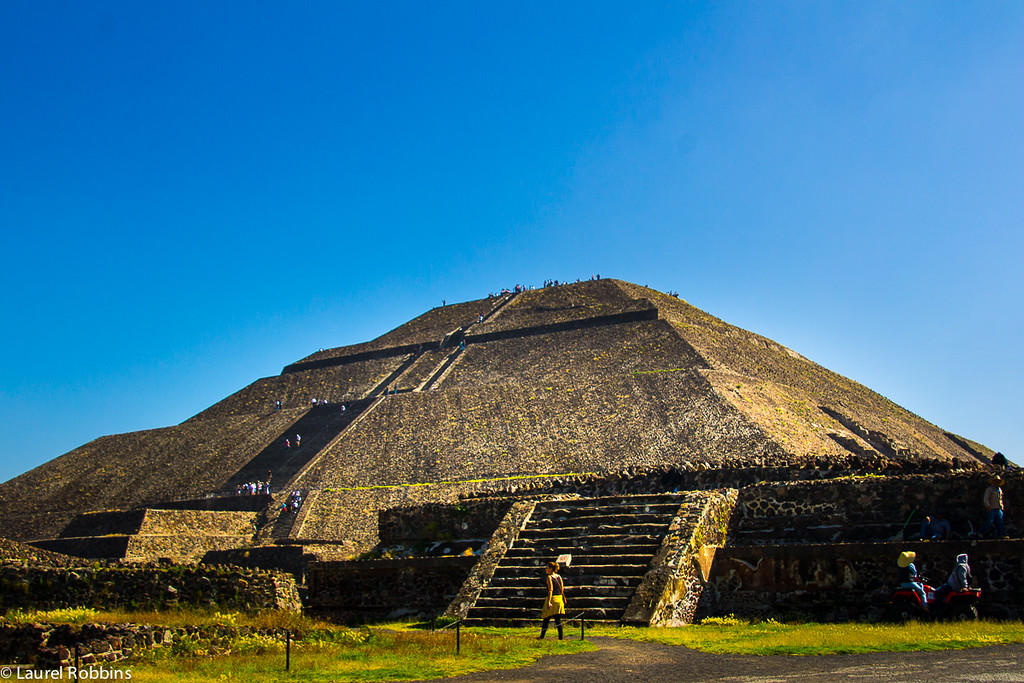 You will find a market in every Mexican city and most towns and they’re always worth a walkthrough. 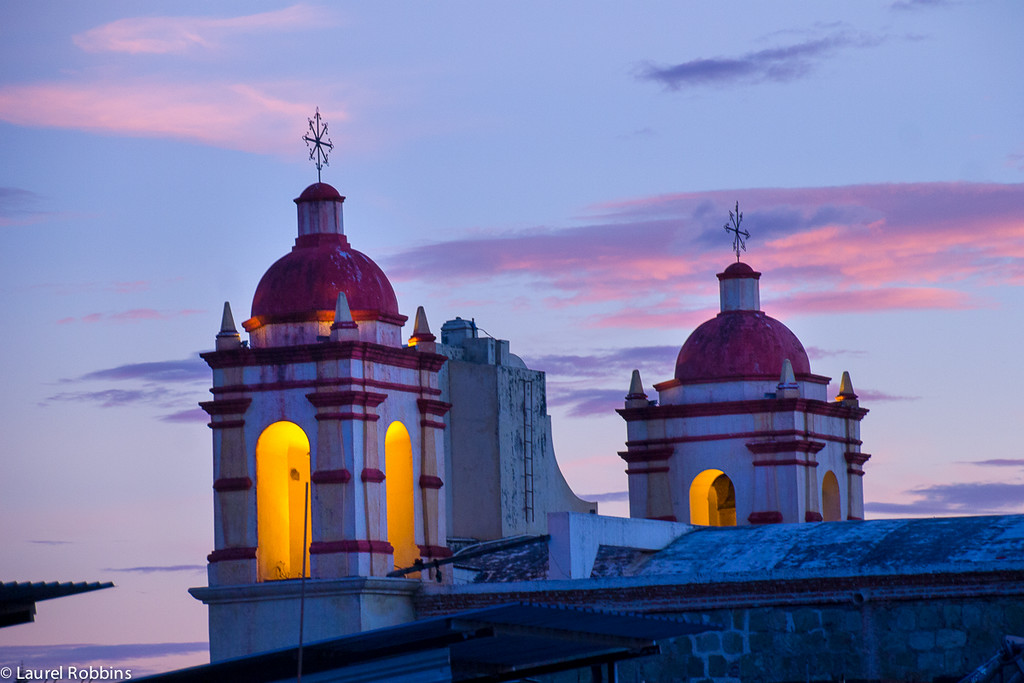 One of my favourite things to do in Mexico is to enjoy the sunset with a margarita from a rooftop bar. This one was in Oaxaca. I think this is one of the best reasons to travel to Mexico!

Travel to Mexico for the Cuisine: 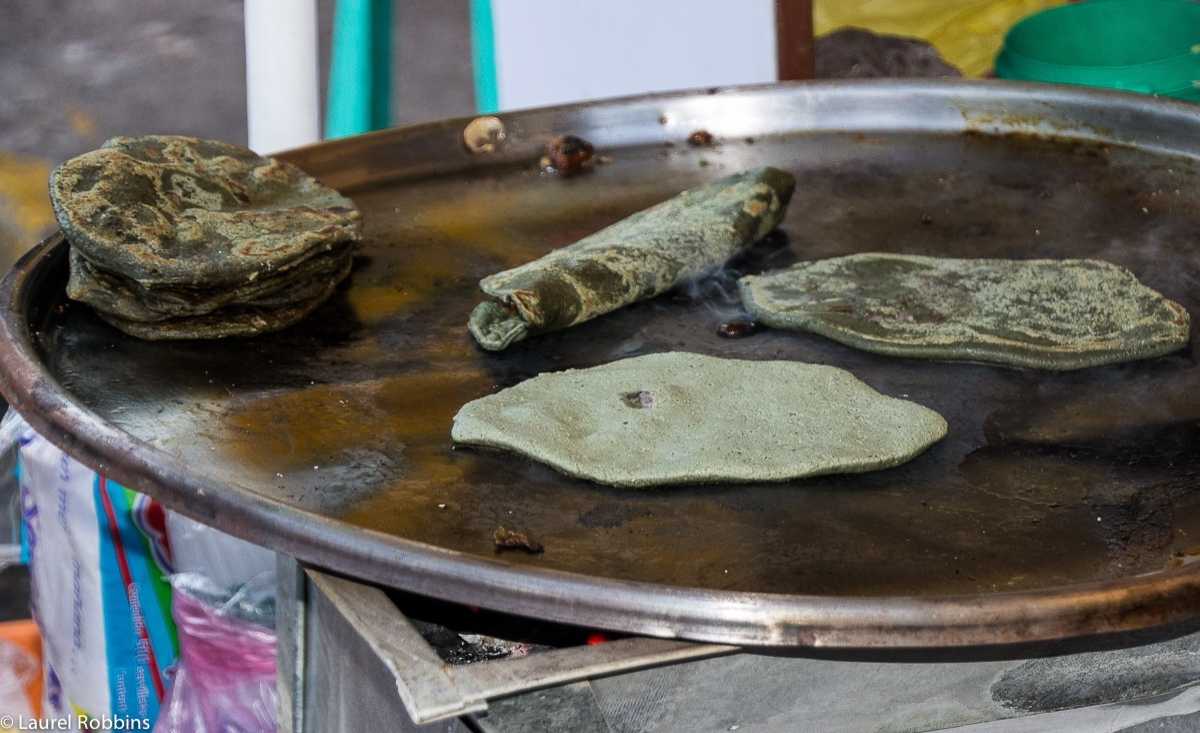 Blue-corn tortillas are rich in vitamins and are a staple of Mexican cuisine. 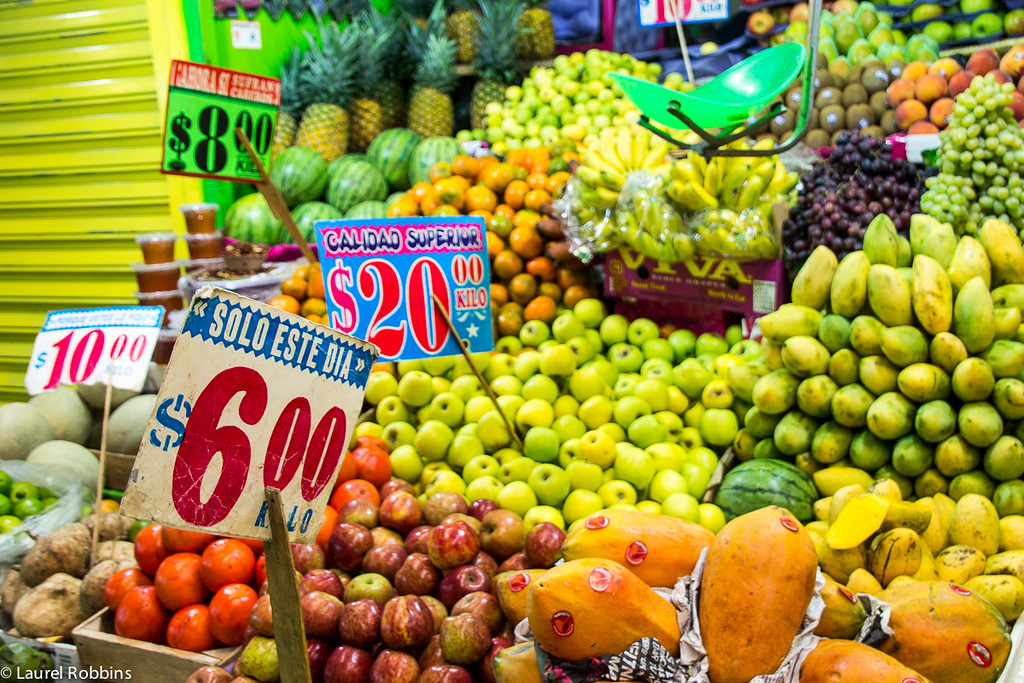 Check out a market and try a fruit you’ve never tried before! Fruit and vegetables in Mexico are incredibly fresh! 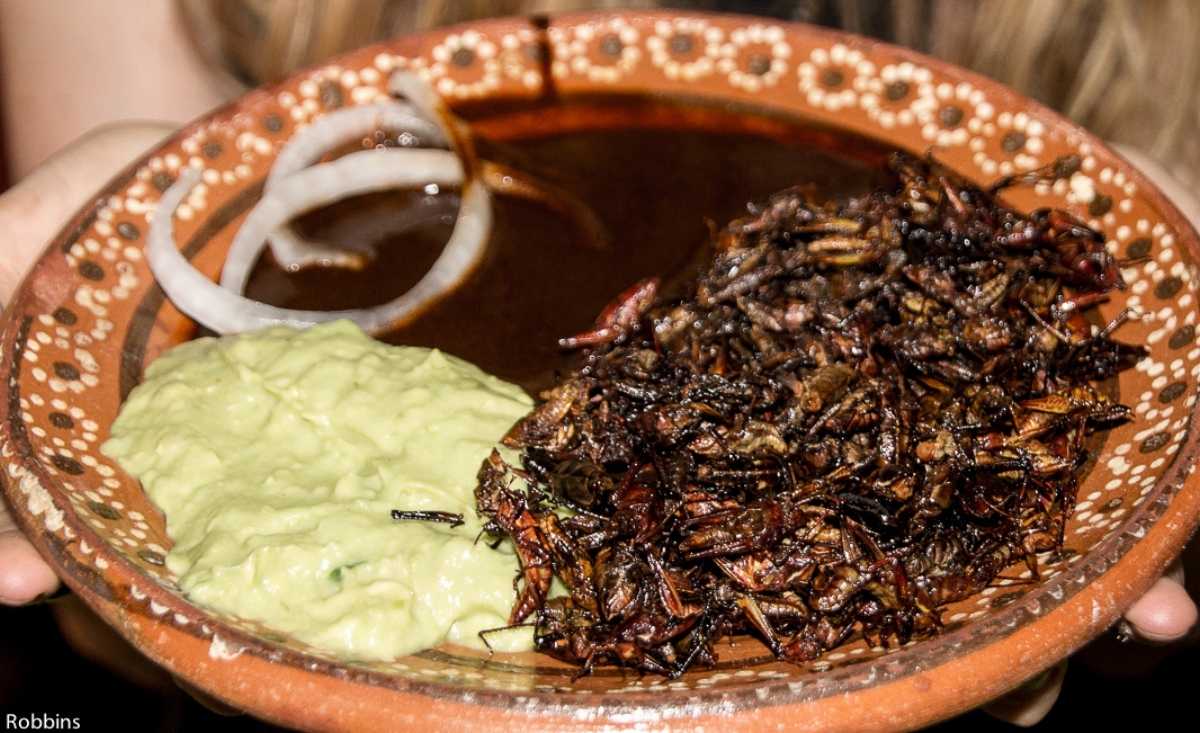 Or for the more adventurous, try fried grasshoppers. I stuck to the tortillas!

Travel to Mexico for the Friendly People: 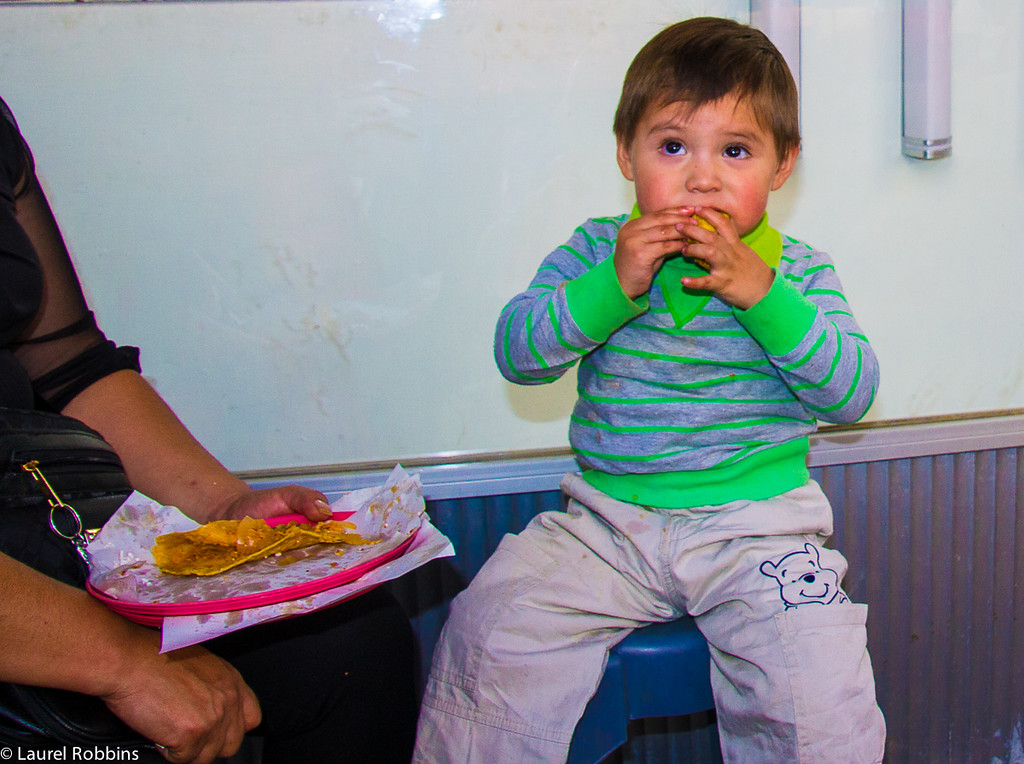 Mexicans are friendly. I had a wonderful conversation in my broken Spanish with this boy’s mother. He kept insisting he was older than he really was – adorable!

Are you ready to travel to Mexico yet? 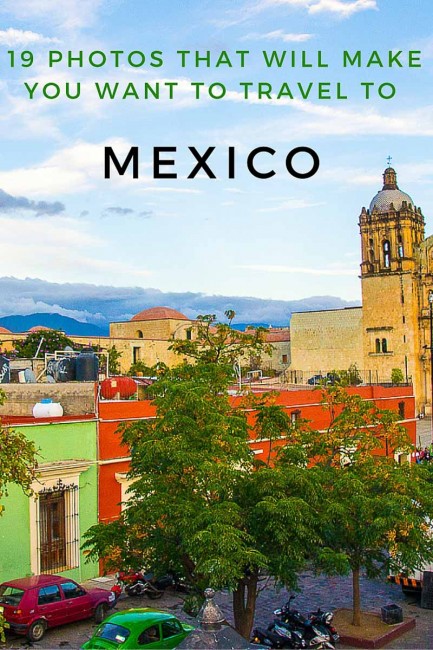 6 thoughts on “Travel to Mexico: 19 Photos That Will Make You Want to Visit”