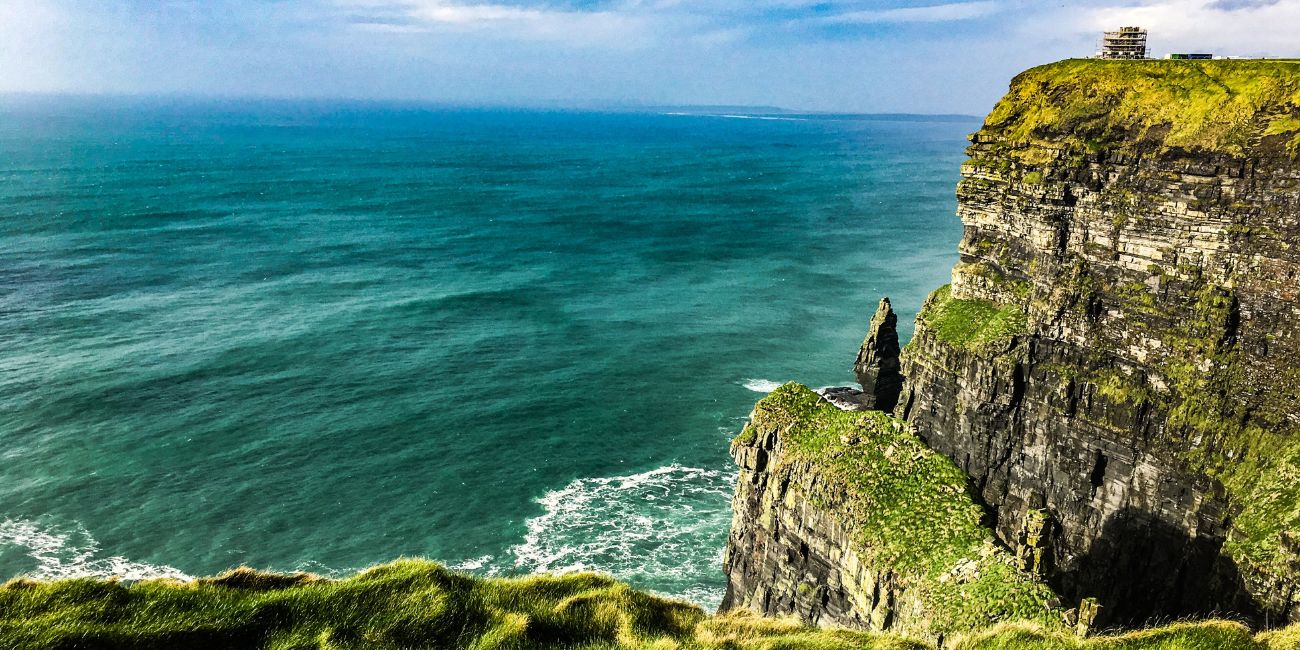 Ireland has a ton of natural wonders not to be missed. Yes, it’s famous for its history, beer, whiskey, and excentric cities, but you’ll also want to enjoy the spectacular scenery.

The Emerald Island is so rich with unspoiled and blessed by Mother Nature that it can be tricky to know what to see if you have a limited amount of time. That’s why we created our list of the top 7 must-see natural wonders that you’ll want to include on your Ireland trip.

Undoubtedly the most famous part of natural Ireland, the Cliffs of Moher are entirely vertical cliffs of 214 meters in height, stumbling out of the unrelenting Atlantic.

However, primarily many people, especially the youth, travel to see the dark sandstone formations because they are media-famous. Cliffs of Moher creates a dramatic backdrop that played a huge and very memorable scene in the Harry Potter franchise.

The only UNESCO World Heritage Site in Northern Ireland, Giant’s Causeway is an impressive rock formation and one of the most scenic landscapes in Ireland.

The naturally-formed hexagonal stone columns are a bizarre sight, though it has a clear explanation you can learn about in the Giant’s Causeway Visitor Experience building on the hillside near the sea. However, the Irish are keen to tell travellers the legend of how it was the handiwork of giants that created these!

While the Cliffs of Moher are Ireland’s most famous natural attraction, Sliabh Liag poses quite a threat to them! Much higher and easier to access, Sliabh Liag is settled in Southwestern Donegal and stands proudly at 600 meters above the raging ocean.

You should take a walk through the “One Man’s Path,” one of the most exceptional traverses in Ireland. While the path is not dangerous in itself, it still requires a good sense of direction and overall attentiveness. So be aware, and enjoy the scenic landscapes of Sliabh Liag!

The moon-like Burren in County Clare is one of Ireland’s most remarkable glaciokarst landscapes and one of the most stunning natural wonders. It measures around 530 square kilometres, including natural attractions such as the Aillwee Cave and Ailladie Cliffs and important heritage sites such as Poulnabrone Dolmen and Caherconnell Stone Fort.

It is also highly famous for its vast diversity of plants and animals. Over 70% of Ireland’s spices and flowers are found here.

Related Reading: How to Find and Prepare Wild Food in the Blackstairs Mountains of Ireland

This waterfall is one of the most magical, albeit underrated, natural attractions in Ireland. You’ll find it near the northern shore of Glencar Lough’s freshwater lake, on the Leitrim side

Praised in WB Yeat’s poem The Stolen Child, Lough Glencar waterfall is stunning during heavy rain and especially lovely during sunset. Do not miss out on this quiet and very special place of solitude, and enjoy the scenic route taking you there!

Also known as the Caves of Keshcorran is an impressive series of limestone caves and the center attraction in County Sligo, Ireland. Many expeditions have been made through the years to ascertain their primal purpose, and what they determined is absorbing, to say the least.

It was declared that the Caves of Kesh used to be the site of ancient religious practices and gatherings, so see if you can feel something other-worldly when you visit.

More commonly referred to as Guinness Lake, Lough Tay is nestled between Djouce Mountain and Lugga. It’s on a privately owned estate by the famous Guinness family, hence the name. So while you can’t visit the loch directly,  you can easily enjoy the sights from various points of view. On one of the finest drives in Ireland – Sally Gap, you’ll have a great view.

You’ll also pass it and get a great view when walking the Wicklow Way.

Last but not least, let’s travel to County Kerry, a region famous for many natural attractions and, of course, the most prominent of them all – mountain Carrauntoohil.

The mountain is located on the Ivergah Peninsula. It’s the highest mountain in Ireland, at a height of 1036 meters. The stunning formation is mostly sandstone whose glaciation produced many intricate features on the mountain, including the well-known Eagle’s Nest corrie.

Being the most substantial summit in Ireland, it’s no wonder that Carrauntoohil is popular with mountain climbers and hikers. We recommend choosing the Devil’s Ladder route.

As stunning as Carrauntoohil is from afar, nothing can compare with the high you feel climbing it and knowing that you’ve summited Ireland’s highest mountain.

Ireland has an incredibly rich history, but as you can see, its natural wonders are also not to be missed.