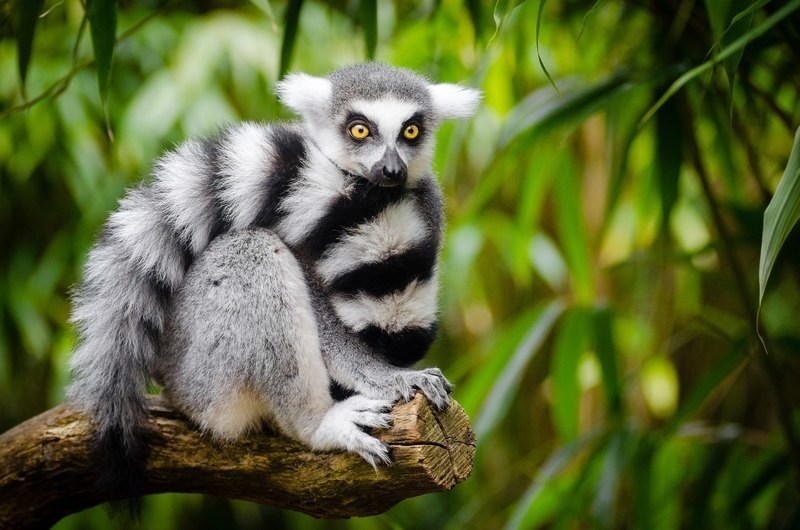 Observing lemurs in Madagascar in their natural habitat can help save this critically endangered species.

What exactly is a lemur?

Lemurs are a primate. Specifically, they are prosimian primates. Primates that aren’t monkeys nor apes (chimpanzees, gorillas, orangutans). They are not ancestral primates too.

There is a wide variety of lemurs, 103 species to be exact. Bamboo Lemurs and Sportive Lemurs are only two of the surviving species in Madagascar.

Where to see lemurs in Madagascar?

There are many places in Madagascar where you can find lemurs. Some are private reserves, some are national parks, and others are just plain forests. Here are a few of the most popular spots.

The Ankarafa Reserve is located near Antananarivo, the capital city of Madagascar. There are over 100 species of lemur here, including ring-tailed lemurs, red ruffed lemurs, brown lemurs, mouse lemurs, and sifakas.

Ranomafana National Park has more than 161 square miles of tropical rainforest, which is one of the most biodiverse regions in the world. Ranomafana Park and Andringitra National Park are also home to the rare golden bamboo lemur. There are even Lemur Center you can visit.

Madagascar National Park is located in the central region of the country, and there are over 200 species of lemurs here. One of the most famous animals at this park is the indri, a nocturnal primate.

What Kinds of Lemurs are in the Madagascar Movies?

When you think of a lemur, you probably think of a ring-tailed lemur (Lemur catta). That’s the type that King Julien XIII was.  A self-proclaimed King of the Lemurs.

In the movies, there was also Maurice. He was an assistant and herald for Julien. He’s an Aye-aye lemur.

There was also Mort. He was a Mouse lemur who adores Julien.

But there are 103 species of lemurs in total. The other ones just aren’t as well-known.

Is it Really Worth Going All the Way to Madagascar to See a Lemur?

Well, from the name of this site you can probably guess what I’m going to say…. So yes!

Madagascar is the only place on earth where you can see lemurs in the wild. So if you want to see a lemur it’s your only option.

I’m admittedly biased. However, I’m not the only one who thinks so.

And they’re so fascinating that IMAX dedicated an entire movie to them.  The Island of Lemurs: Madagascar starring Morgan Freeman!

Love lemurs? Then you’ll love our lemur t-shirts. Available on Amazon for men, women and youth.

This meditating lemur t-shirt is the perfect gift for the animal lover in your life whether it be your wife, husband, sister, brother, best friend, son or daughter. It looks great with jeans and is perfect for a casual day out.

This t-shirt with words about lemurs is perfect for animal lovers – who want to show their love for ring-tailed lemurs and to raise awareness about this endangered species – see how many words related to lemurs you can find.

This ring-tailed lemur t-shirt will be a hit with animal lovers who want to show their love for these unique creatures while raising awareness about these critters from Madagascar who need our help.

So how can seeing lemurs in the wild help save them?

As mentioned, lemurs are only found in Madagascar. Sadly, their population has decreased by 95% since 2000. There are now only an estimated 2000 – 2400 animals left.

Illegal logging has increased since the economic crisis in 2009, threatening rainforest ecosystems in the northeastern region of Madagascar. Captive lemurs are kept in zoos and wildlife parks throughout the world.

There are captive pet lemurs in Madagascar but their numbers are dwindling due to habitat loss. The small-scale but widespread deforestation for firewood and charcoal production is jeopardizing the island’s habitats. Thus, more and more extinct lemur species are found in Madagascar due to the ever-worsening environmental conditions.

Making the situation worse? You’ll only find lemurs in Madagascar. So all the eggs are in one basket so to speak. Source: Folio Primatologia.

Of the 25 most endangered primates in the world, 6 of them are in Madagascar according to the IUCN. This is extremely sad because the fossil records show that Madagascar isn’t even where lemurs originate – they originate in Africa.

More on that later but you can check our video in the meantime:

Why are Lemurs in Madagascar Endangered?

The main reasons for the decline of lemurs are habitat destruction and forest fragmentation. Hunting for subsistence and the illegal bushmeat trade are also key factors.

You can even eat endangered lemurs in some Malagasy restaurants. It should go without saying. But please

DO NOT EAT LEMURS WHEN YOU VISIT MADAGASCAR!

While ring-tailed lemurs may be the flagship species, there are 103 lemur species. They all fall under the protection of CITES. Sadly, 90% of all lemur species are threatened.

My intention isn’t to depress you. But to show you how critical lemur conservation is. And more importantly, how you can help.

How You Can Help Save Lemurs by Travelling to Madagascar

According to the Lemur Conservation Network:

Many conservationists agree that ecotourism is the number one thing that can ensure the survival of lemurs in Madagascar. The local Malagasy people need to see that lemurs are more valuable alive than dead.

Tourists will come to see lemurs in the wild. Officials say tourism is now a real priority for Madagascar’s new government… That can attract up to two million annual visitors by 2020.

This would mean millions of dollars for Madagascar’s economy.

Related Reading: Madagascar Travel: 33 Things You Need to Know Before You Go

Mountain Gorillas in Rwanda as a Case Study for Lemurs in Madagascar?

Over the past 35 years, the mountain gorilla population has almost doubled to approximately 880 individuals. That’s still really low. And gorillas are still critically endangered. However, it is a significant improvement.

Official estimates suggest that 85% of the tourism industry (in Rwanda) is gorilla-centric. Source: Discover Magazine.

In 2005, Rwanda started a revenue-sharing initiative with the national parks. Giving 5% back of revenues to local villages. That’s resulted in $1.8 million. And hundreds of community development projects.

In other words, when Rwandans benefited from ecotourism, so did the gorillas.

Ecotourism to Save Lemurs in Madagascar

According to the World Bank, Madagascar is one of the poorest countries on the planet. 70% of the population is considered poor.

It’s hard to think about saving lemurs if your stomach is growling. Or if your child is looking up at you wide-eyed with hunger.

According to Our Africa, only 200,000 people visit Madagascar a year. To put that in perspective, Venice – just one city, receives 20 million tourists.

Imagine, the positive economic development that ecotourism could have on Madagascar.

I believe that responsible eco-tourism can lead to positive impacts of lemur conservation. At the same time simultaneously contributing to Madagascar’s local economy.

When tourists become emerged in diverse local cultures and traditions. And when they experience first hand how severe poverty is. They can see that it’s one of the underlying issues contributing to the loss of habitat and biodiversity. That can inspire change.

While Madagascar and its endemic lemurs are under serious threat, there is still hope. And together we can make a difference for the people and wildlife.

When I decided to create a tour to Madagascar, it was because of a desire to help make a positive impact on lemur conservation. Something that I believe ecotourism, when managed properly can do.

There are many other much more famous destinations where it made better business sense to focus. But after my visit to Madagascar and the privilege of observing lemurs in the wild, I felt compelled to do something.

Help Save Lemurs by Travelling to Madagascar: Highlights of our  Ecotour:

You’ll have a direct impact on the local community. Our guide and driver are Malagasy. So are the numerous guides that we’ll have in the national parks. This provides local employment. It gives Malagasy an incentive to focus on lemur conservation.

Not only that, but you’ll be interacting with local Malagasy children in a community-based education project. It’s important to get the involvement of locals. And you’ll get to be a part of it.

Can you tell that I’m just a wee bit excited about this tour? Confession: it’s not just excitement, it’s THE most important tour that I’m doing to date.

It’s easy to get depressed and think that lemurs are doomed.

Now is the time to see lemurs in Madagascar. For a trip of a lifetime AND to save lemurs at the same time.

You’ll be helping to create a positive future for lemurs.  The time to do it is now – before it’s too late.

Help spread the message about lemurs by sharing these photos: