Inishark is the most haunting island I’ve ever visited.

You’ll find Inishark 11 km off the Connemara coast. It’s a short boat ride from Inishbofin, the most western inhabited island in Ireland with just 160 people. That may seem like a tiny population but it’s huge when you compare it to what Inishark’s was – 23. 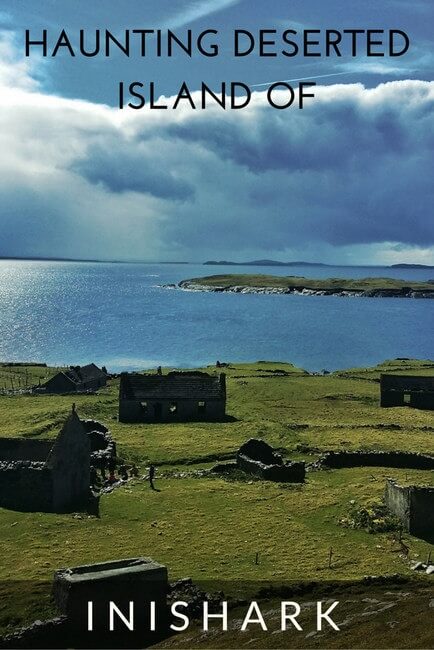 I use the word was, because the last 23 inhabitants were evacuated by the government in 1960. The evacuation was non-negotiable and welcome. Islanders sometimes couldn’t leave the island for months during the winter. They had to severely ration food supplies during these times.

It also put them in great danger if they needed medical services. Two years before the evacuation a man died from appendicitis because they couldn’t get the word out. The island was already on shaking ground to survive and this tragedy sealed its fate. The only other alternative was to build an expensive pier.

The inhabitants welcomed the evacuation from Inishark and were looking forward to life on the mainland. They would begin their new lives in a government-built new bungalow by the sea with rights to grazing land for their sheep. I’ll not be grieving for it. I’ve wanted to leave for years. This island has had its share of my life. I was born here. I built this house with my own hands. said Thomas 73. It gave me only poverty and it took two of my sons, he reported to the Daily Mirror.

Related Reading: How to Find and Prepare Wild Food in the Blackstairs Mountains of Ireland

Despite the fact that Inishark has been uninhabited for over 50 years, I felt like I was trespassing.

Most of the buildings have caved in roofs and are in shambles. Although everyone being long gone there remains sad energy. I’ve never experienced anywhere like it.

You’ll likely visit Inishark for its history but you’ll also appreciate the beauty of the island. Sheep dot green pastures looking at you curiously as you pass by and make your way to the cliffs that plunge straight into the sea. You’ll even find several alcoves revealing beaches if you get close enough to the edge to peer over.

People have lived on Inishark for thousands of years. Historians have found artifacts dating back to the Bronze Age. It’s easy to see why people chose to live here. As the wind picks up and whips my hair around I feel a chill even though it’s a relatively warm day for April. Despite its beauty, life was very tough on Inishark. Looks can be deceiving.

Related Reading: How to Reduce the Environmental Impact of Plane Travel

Take a look at these photos from Inishark and you’ll see what I mean: 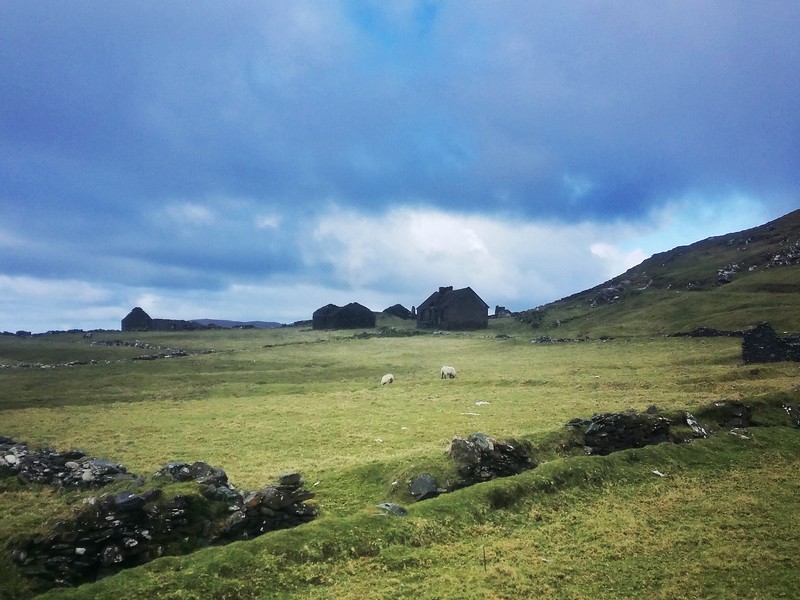 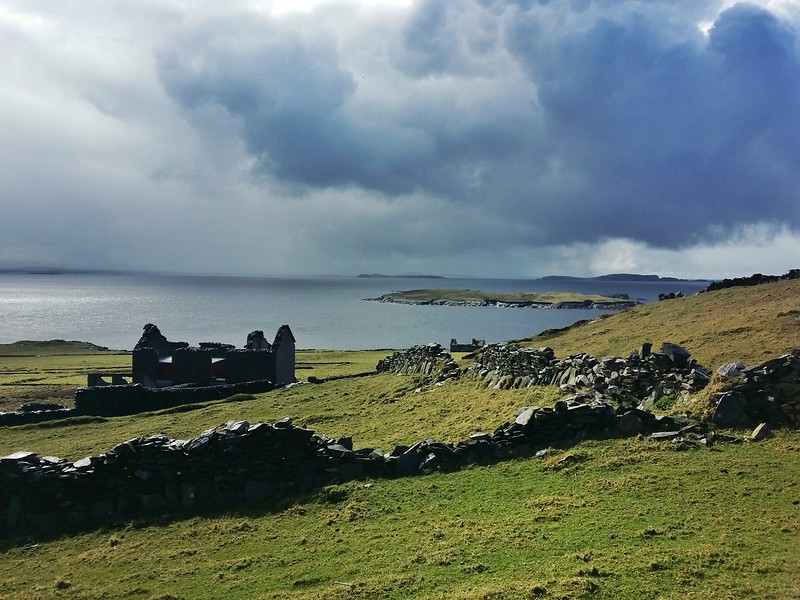 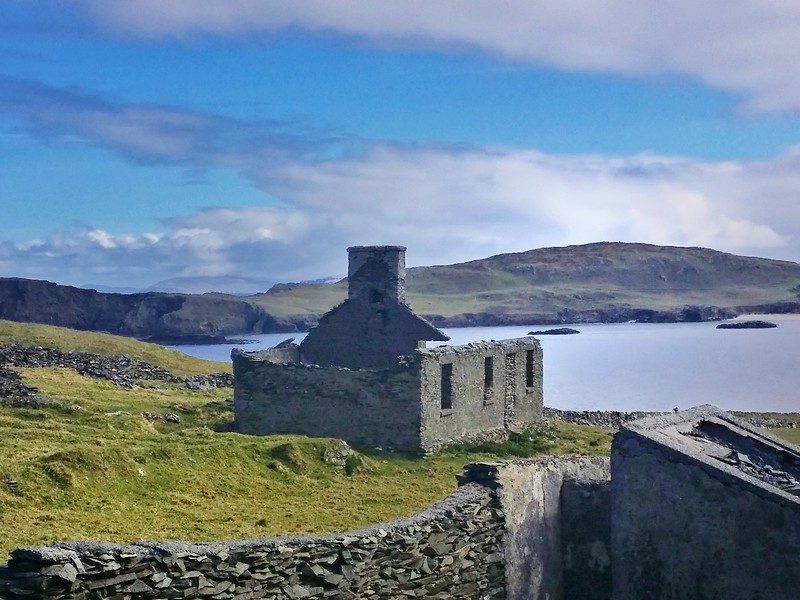 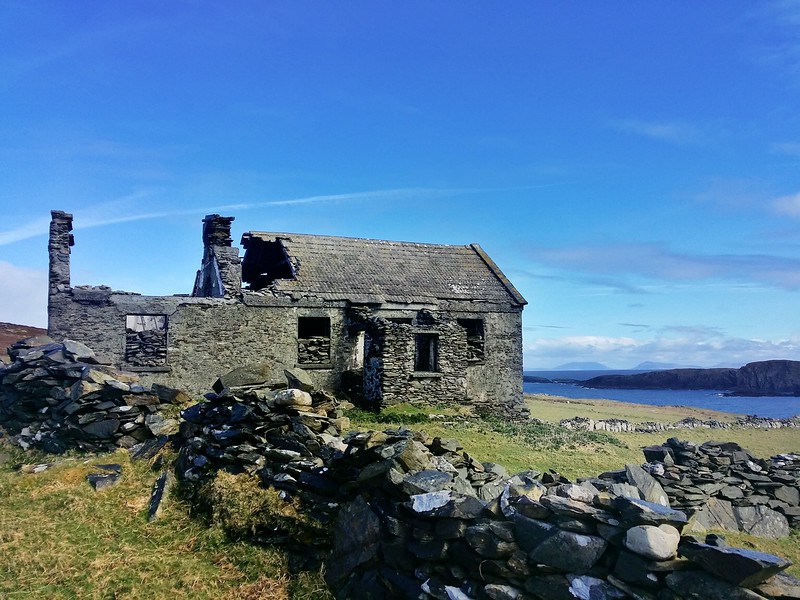 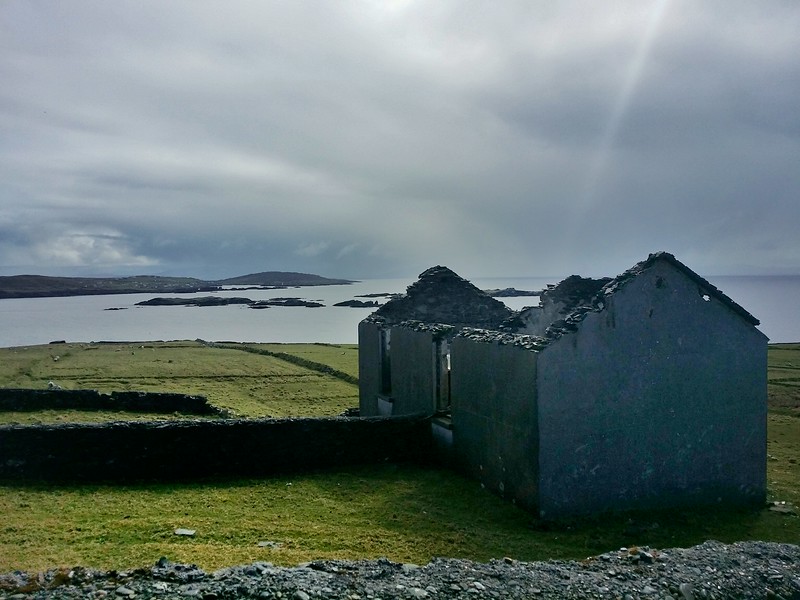 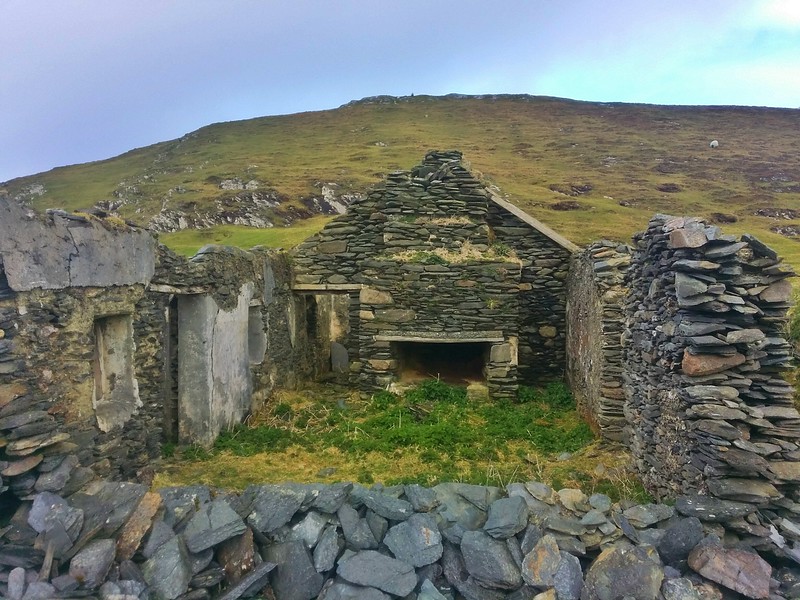 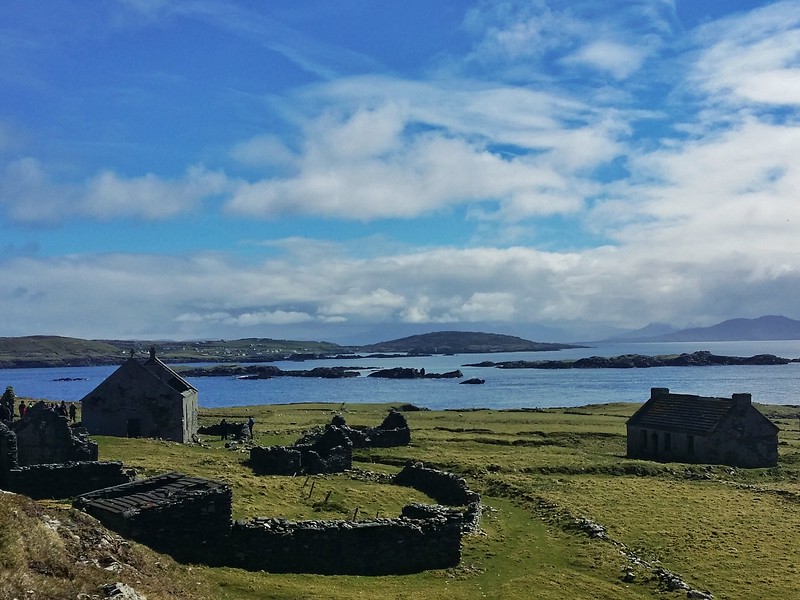 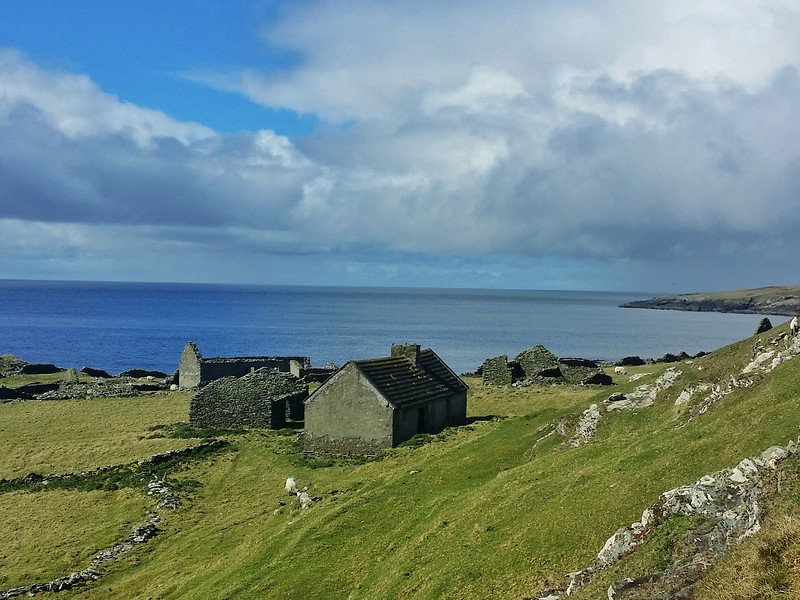 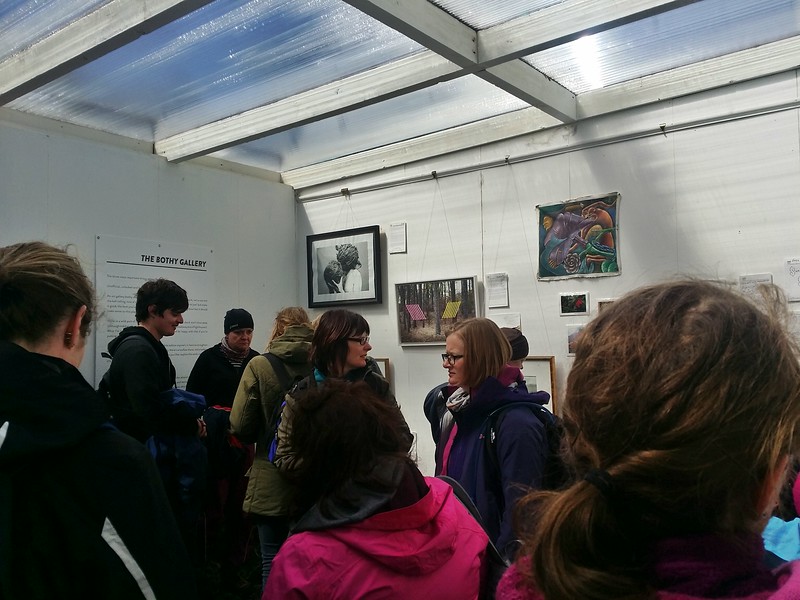 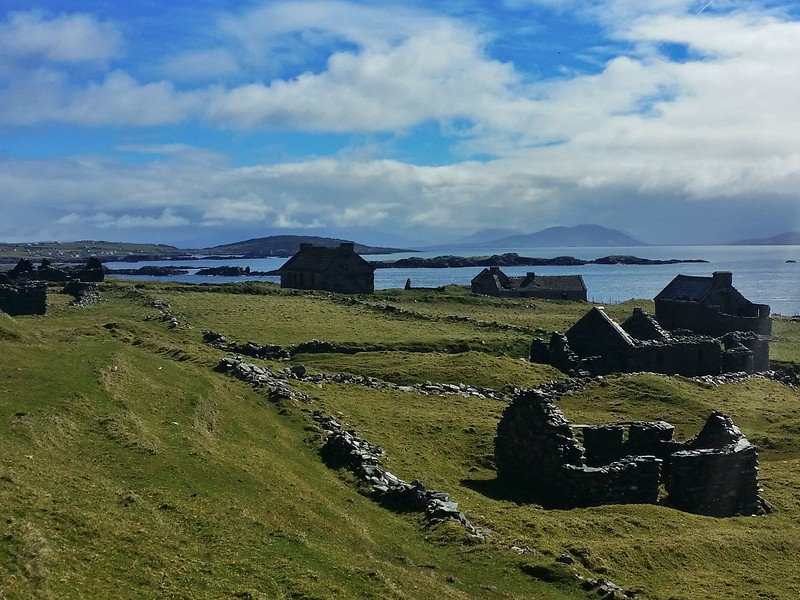 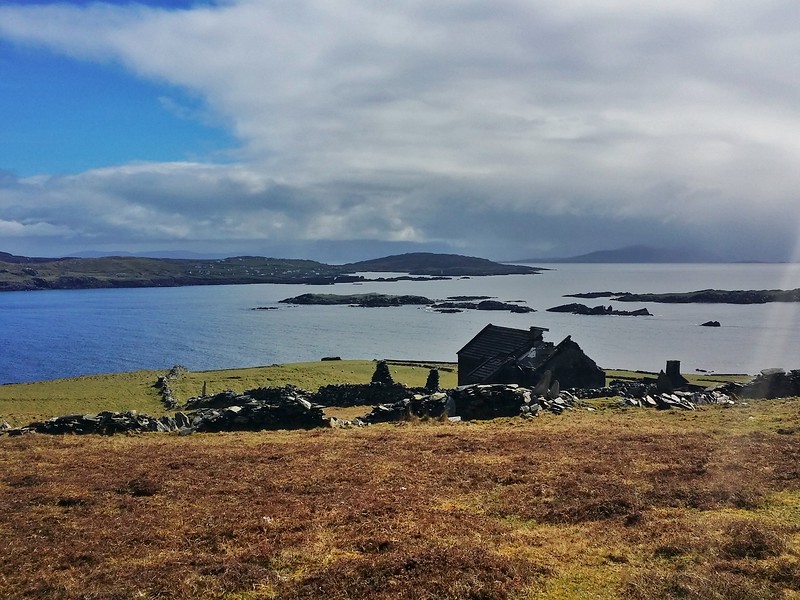 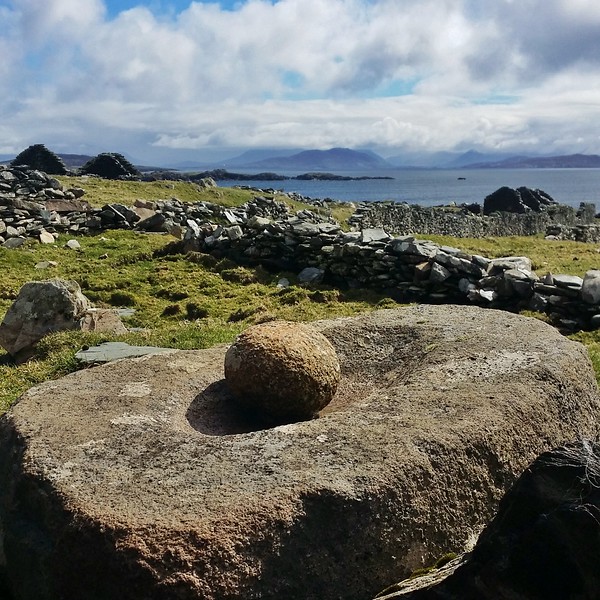 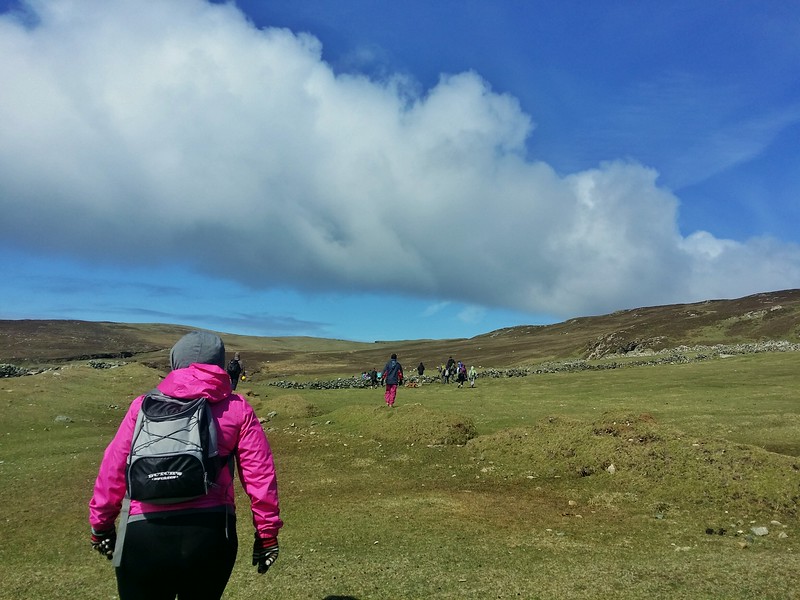 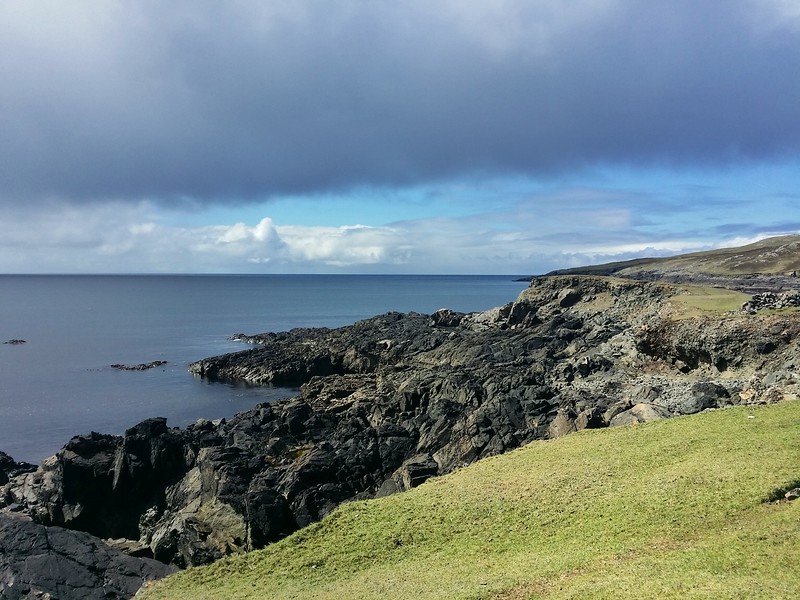 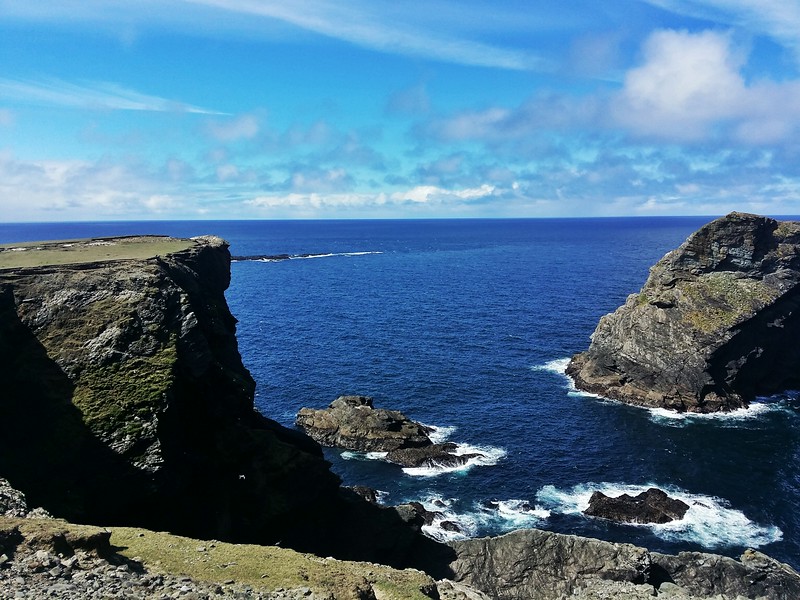 I highly recommend a visit to Inishark. It’s one of the most interesting and unique places that I’ve ever had the opportunity to visit.

I visited it during the Inishbofin Walking Festival which takes place in April every year. This is such a fabulous event!

How to Get to Inishark:

Note: Thank you to Inishbofin Tourism, Ecotourism Ireland and Tourism Ireland for making my visit possible. As always, all opinions expressed are my own.