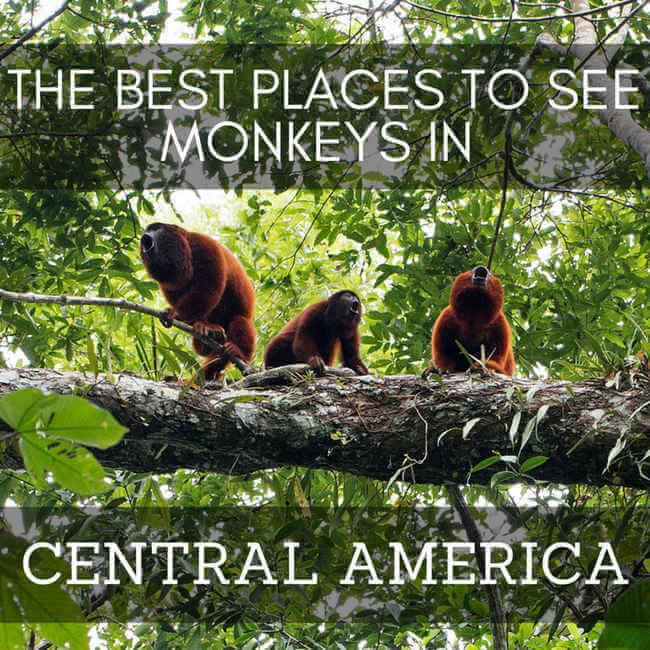 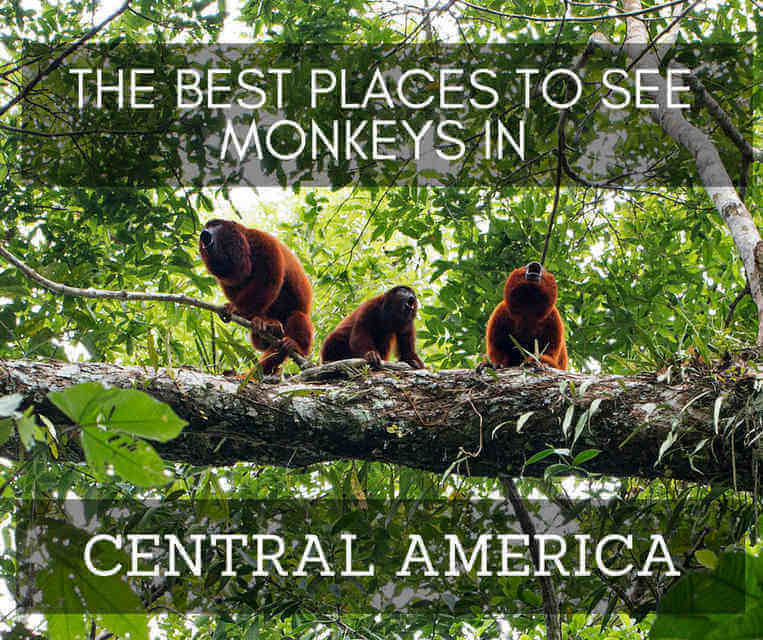 Central America is famous for its extensive jungles and forests, which also makes for exceptional homes for monkeys!

In fact, connecting with nature is one of the main reasons why travellers come to the region. The jungles of Central America are places where you can disconnect from modern life.

You get to be a more adventurous version of yourself. In addition, you get to observe animal species that you probably don’t see when you’re at home.

This last reason is definitely my favourite. If you go to the right places you will be able to see tons of different animals, including monkeys. It is much more exciting to randomly spot one while hiking in the middle of a jungle than it will ever be to see them in a zoo.

During my travels in Central America, I’ve discovered that the most common sightings are birds. However, if you know where to look and pay attention, you might also find a monkey or two hiding among the trees – observing you!

You can increase your chances of spotting a monkey by visiting these five places in Central America where monkey sightings are frequent.

This isn’t one of the largest or the most secluded parks, but it is perhaps Costa Rica’s most famous wildlife viewing destination, and rightly so.  Here you won’t just see a monkey or two, you can actually see troops of them!

Tikal is a large national park that was created to protect the Mayan Ruins of northern Guatemala. It is also meant to protect the tropical forests that hide all of the magnificent ruins, along with all of the animals that call it home. For a lot of people, this park alone is a good reason to visit the country.

If you take your time to explore Tikal, you can easily walk for several days. However, you can spot monkeys even if you just have a few hours, as Laurel did. During that time you will run into a lot of native species. If you’re really lucky and arrive early, you might even spot an elusive jaguar!

Monkey species you can find in Tikal: Tikal is famous for its population of howler monkeys. You’ll likely hear them before you see them, as they are the loudest primate in the world! Spider monkeys are also commonly found here.

This is a national park for adventure lovers. It is known for its rainforest tours and for kayaking and whitewater rafting down the Rio Cangrejal. There are also trails that take you through the forest and lead you to hidden waterfalls. Pico Bonito is in northern Honduras, near the Caribbean coast.

Monkey species you can find in Pico Bonito: Explore the least visited trails and you may just spot white-faced capuchins.

This is without a doubt the best place to see wildlife in the wild in Costa Rica and probably all of Central America. All four Costa Rican monkey species live within the park.

There are many different ways to explore the park, but the best one for observing the monkeys is going on a day hike or a multi-night trek adventure. Be sure to hire a guide, it is almost impossible to get a permit to go inside or camp without one.

The name might sound a bit misleading because there are no baboons in Belize. It’s a term that Belizeans use for black howler monkeys. This is an endangered species that can only be found in Belize, northern Guatemala and southern Mexico.

The Community Baboon Sanctuary is a community-run, grassroots conservation operation that aims to preserve habitat since the loss of habitat is one of the key threats to black howler monkeys.  Visitors can choose from day hikes, where you are virtually guaranteed to spot a monkey, to more adventurous night hikes. Laurel, visited this place and spotted 5 howler monkeys in less than an hour.

Monkey species you can find at the Community Baboon Sanctuary: Black howler monkeys.

Wherever you decide to go to observe monkeys in the wild, it’s always a good idea to go with a guide. They know what sounds to listen for, evidence that monkeys were in the area and the monkey’s favourite habitat. Furthermore, a good guide will even know their favourite hangout spots! You’ll have a much higher chance of spotting a monkey if you go with a guide!

It’s also worth noting that even if observing monkeys is your primary goal, appreciate whatever you do see, it may not be a monkey, but another species that is almost as fascinating!

Now, tell us your favourite spots for observing monkeys in the wild in Central America in the comments below! 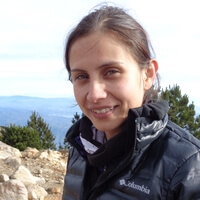 Lourdes is a soon to be lawyer from Guatemala with the mission to explore each corner of the country. Her favourite activity is hiking along with exploring all mountains, forests, caves, volcanoes and all that the region has to offer. Her goal is to reach as many summits around the world as she can. You can also find her on facebook, twitter and instagram. 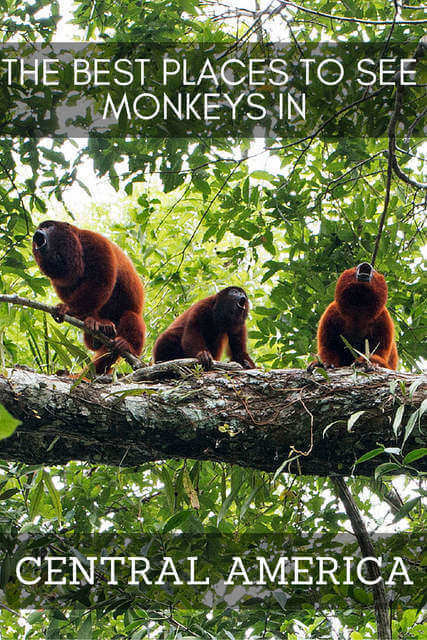