I was quite shocked to learn this.  After all, I am a responsible intelligent adult.  Yes, I may imbibe in the occasional too many glasses of wine while travelling but that doesn’t make me irresponsible in my books.

I have recently teamed up with People and Places a responsible tourism partnership that works in conjunction with other organisations to improve destinations for local people and their visitors. 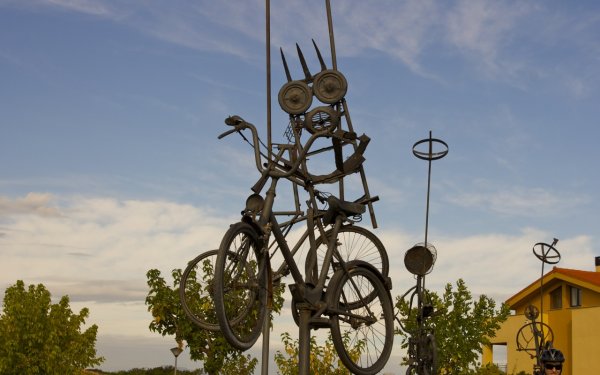 They also run the Better Child Protection program. I’m helping to draw attention to their worthy cause. And in the process am learning something about myself in the process, which begs the question:

Are You a Responsible Tourist?

….given money to beggars?

…taken a tour of an orphanage or a slum tour?

…signed up for a volunteer holiday?

….turned a blind eye to something that you knew was not right?

Astonishingly, I answered “yes” to 6 out of the 7 questions.

I am certainly no expert on the topic but will try to share on a high level to the best of my understanding why each of these could potentially be a problem.

I also highly recommend reading Are You Accidentally Inflicting Animal Cruelty on Your Vacation?

…given money to beggars?

– YES.  Although I don’t do this anymore.  It supports the exploitation of these people and in some cases, the money collected by the beggars may be given to the mob.

You are much better off donating your money to an organization that helps worthy causes.

…taken a tour of an orphanage or a slum tour:

NO.  I’ve never done this and the problem with this is that children may be kept in dilapidated conditions. That way the owners profit from the visitor’s donations.

Regarding slum tours, it’s usually the tour operators that profit from exploiting the people living in the slums, not the actual people themselves.

…signed up for a volunteer holiday:

YES.  This is not necessarily a bad thing. But you need to do your research to ensure that you are working alongside community members and not taking jobs away from them.

You also need to check that your money is going towards your expenses and the cause, not into the organizer’s pockets.

He did some research and came back with the terrible news.  The organization that I had planned on volunteering with took money from the volunteers and then sold the lions when they were no longer cute and cuddly to a game farm.

Then, they were then hunted by other tourists.  I was horrified!  Needless to say, I didn’t volunteer there.  I wish I could remember the name of the organization as I would happily share it as a Where NOT to Volunteer story.

The Good News:  I volunteered with rescued chimps at MONA, a chimp sanctuary near Girona, Spain.  I saw how dedicated, educated and passionate the team was.

There was a vet, biologist and psychologist, plus the vet and biologist both had Masters degrees in Primatology.  Chimps are very expensive to care for and MONA does an exceptional job of very limited resources.

…turned a blind eye to something that you knew was not right?

YES.  This one is self-explanatory, but I have done it on multiple occasions when living in Thailand.  I saw many young girls working as prostitutes who were probably not 18 years old.

I’m embarrassed to say that I did absolutely nothing to help them, other than felt sorry for them.  That was over 10 years ago, but knowing what I know now, I’m ashamed that I at least didn’t try to help.

A few years ago I saw two very young caged monkeys in unsuitable conditions in Palau.  My heart went out to them and I spent the afternoon on the phone reporting it to various agencies who were rather confused.

I asked to be contacted with the result but never heard back.  I suspect that both probably died very shortly after given the dilapidated conditions.  I still think back on them often in horror…but at least I tried.

YES. Why? I felt sorry for them. But the reality is that I was just encouraging their parents to keep them selling things and stopping them from getting an education.

YES.  I spent one night in Pattaya, Thailand (the world’s prostitution capital at the time) because my bus broke down.  The hotel I stayed at and restaurant I ate at both had very young prostitutes.

There were not a lot of other choices at the time as I arrived late, but I am still guilty of this.

YES.  I was puzzled at why this wasn’t responsible tourism until I learned from ChildSafe that orphanages do not offer a long-term sustainable response to the situation of vulnerable children.

By investing in families and communities we are laying the foundation for better conditions for children.  After reading this, I understand now why it’s better to donate to community and family initiatives instead of to an orphanage.

Whew!  I feel like I’m in a confession booth after sharing how I have not always been a responsible tourist, despite my best intentions.

How did you do?  Are you a responsible tourist?

59 thoughts on “Are You a Responsible Tourist?”