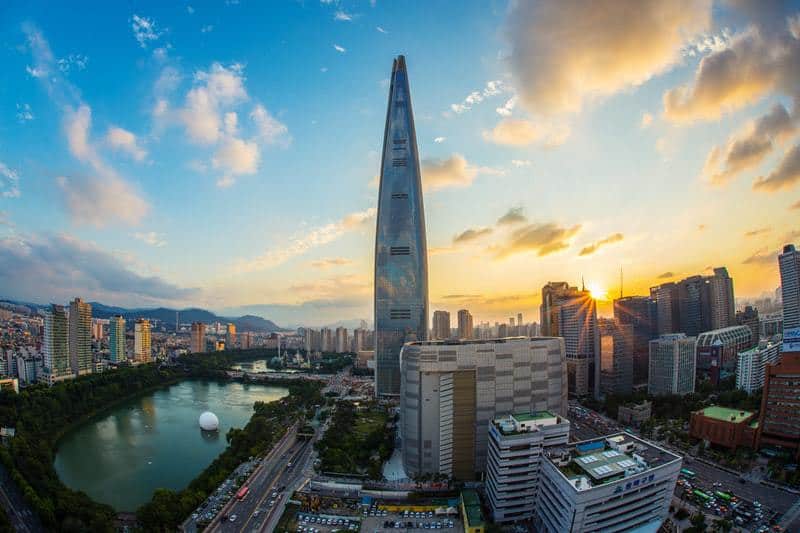 Getting deported is not fun. I should know.

Thankfully it was not recently and not when in Germany where I’m now living after immigrating 8 1/2 years ago.  It happened almost twenty years ago.  I had just finished university and I had turned down three solid job offers to “go teach English somewhere.” I couldn’t wait to live abroad.

My mother was less than impressed with this rather vague plan. I ended up in Taegu, South Korea on the recommendation of a professor’s former student who was looking for a replacement teacher.

Getting deported was the scariest experience I have ever had while travelling.

But I did learn a few things that are worth sharing:

Lesson #1 Learned from Getting Deported:  There’s No Such Thing as a “sort of legal” Visa

In the eyes of immigration and the law, you either have a valid visa, or you don’t.  To teach English in S. Korea, you must possess a university degree in any subject.

I had this, but would not receive my actual degree, the piece of paper they hand out at convocation in May and I was to start teaching English in January.  In the intern, the university had written a letter stating that I had completed all of my coursework and would be receiving my actual degree in May.

My predecessor who spoke some Korean with my soon to be Korean boss who spoke no English cleared this with him and said it was “close enough.”  After arriving in South Korea and trying to make my visa legal, I discovered that I needed the actual degree to obtain the necessary visa. But not to worry, my boss would just throw some money at Immigration and all would be good.

At this point, I was thinking “Wow, corruption can be a good thing.”  Those words would come back to haunt me.

#2 Immigration Officers are Not Welcome Visitors

Flash forward a few months later. I  find an Immigration Official paying me a personal visit to my school just as I was about to start a class. And I was told to come to the Immigration Office the following day with my boss.

I didn’t understand the conversation that took place as it happened in Korean. The message was passed on to me later that day through my Korean roommate who excitedly told me that I was allowed to stay in South Korea.  “That’s great,” I said, relieved.

Then she informed me of the  “small condition” that had to be met to keep me from being deported.  I had to sleep with my much older Korean boss who was so short he barely came to my shoulder.  If I slept with him, my visa problems would simply disappear.

If I didn’t sleep with him, my visa issues couldn’t be sorted out. I would receive deportation papers immediately. But first I’d have to pay a large fine.  I was outraged at the corruption. It turned out he had friends in the Immigration office.

Lesson #3: The Embassy is Not Always Willing to Help.

I immediately called the Canadian Embassy or tried too.  It took me three days of trying before I reached a person.

Then I was informed that since there is no such thing as a “sort of legal” visa. The Embassy wasn’t in a position to help me. It was my choice whether I slept with my boss or not.  For the record, I didn’t, nor did I even remotely consider it.  She then reassured me that if I did go to jail to call the Embassy back and they would try to help at that point.  Gee thanks, Canada.

Lesson #4 Learned From Getting Deported:  I Now Know What Happens When A “Bad” Passport is Scanned

After evaluating my now diminishing options and on the recommendations of some expat friends who previously had friends in similar situations I decided it was best just to try and escape S. Korea. The plan was to avoid paying the fine which was several thousand dollars.

At that point, I had heard from multiple sources that the Taegu Immigration Office was inefficient at reporting “persons of interest” to the powers that be. My chances of leaving undetected through Seoul Airport would be good. Note: That’s not true today. Immigration intelligence has progressed since this incident occurred.

I waited nervously in the immigration line, hoping to make my flight to Thailand.  As the Immigration Officer scanned my passport, I avoided making eye contact. I was secretly hoping he wouldn’t notice my sweaty palms.

Suddenly a red light started blinking. Three Immigration Officials sprang out of nowhere, escorting me through the jam-packed security line. I heard rumblings from other passengers.

They were speculating what this fresh-faced early 20 something had done to get in so much trouble.

The consensus was that it had to be drugs. I  angrily shouted “It wasn’t drugs, I didn’t have sex with my boss.” to the shocked passengers.

Admittedly it wasn’t my finest moment. But I was petrified that I was about to be thrown into an S. Korean jail never to be seen again.

I waited impatiently to find out what was going to happen to me. I was informed that I needed to go back to the Immigration Office in Taegu, on my own dollar.  For some reason unbeknown to me the immigration office in Seoul wouldn’t suffice.  I thought this was ridiculous and didn’t understand the logic.

Once again the Canadian Embassy was no help.  I had no other option but to return to the Taegu Immigration Office.

#5 Sometimes Throwing Money at the Problem is the Best Solution.

I waited nervously for some time. My fingernails chewed off; I  turned my head to the small TV screen.

Several Immigration Officers were watching television, and I assumed they were watching soccer.   As I turned my head to the small screen,  I was shocked to see two men dressed in immigration uniforms.

They were beating what I’m assuming were three illegal immigrants in what looked like a dark, dingy jail cell.  I swallowed back vomit.  I had heard stories of female expats who were gang-ranged by Immigration Officials. Then deported.

Now that I had seen abuse by Immigration officials with my own eyes, I began to realize that perhaps these stories were more than the urban legend I had hoped they were. I immediately changed my strategy. Despite not having much money, it was time to throw whatever money the Immigration Official demanded to try and avoid a similar fate.

Upon meeting with the Immigration Official, he mocked me for several minutes. His mouth was smirking as he asked me if I had enjoyed my trip.

It would have been funny under other circumstances.

After all this, he reminded me that my visa problems would disappear if I became “friendlier” with my boss.

He looked genuinely surprised when I told him that I was not a “friendly kind of girl”.  I would accept the deportation that awaited me and pay the fine.   The Immigration Official told me that he could deport me for up to five years. Then, in imperfect English, he informed me “You are a woman, but like man, you are strong.  You not cry like other women do.  I like you so I only deport you for one year, then you come back to S. Korea.”

At this point, I didn’t think it was an appropriate time to tell him what I really thought about his country. Instead, I politely thanked him and paid up. I was sad that almost all of my savings save for several hundred dollars would likely be boozed away. Paying off my student loans would have to wait. But I was also immensely relieved when I considered the alternative.

Lesson #6 Learned From Getting Deported: Having a “Deported” Stamp in Your Passport Makes for Lots of Questions When Traveling to Other Countries.

And so after all that, I uneventfully left S. Korea for Thailand, never to return.

I have never been more relieved to get on a flight in my life!  But the “deported” stamp in my passport always (and understandably) followed me. It resulted in further questioning from Immigration Officials when travelling to other countries.

It was also suspected I was deported on a drug charge. And they never believed me when I told them the truth.  But really who could blame them?  When my passport was up for expiration, I was only too glad to hand over my old tainted one with the big black ugly stamp.

In retrospect, I should have told the Canadian Embassy that I had lost my passport and got a new one. But I didn’t.

Afterword: I was young and naive when I went to S. Korea. It was the first country I had ever been to besides Canada and the U.S. and  I have since wised up.

I wanted to share this experience with others who are considering living abroad as a cautionary tale of the importance of having a proper visa in place.

There are many expats that I know who teach English in S. Korea. Many of them have had a positive experience. So I am not saying “don’t go to S. Korea.” I’m only sharing my deportation experience.

I highly recommend that you have the proper paperwork in place and the appropriate visa before you go. Let my experience of being deported be your cautionary tale.